Who Will Replace Al Franken? 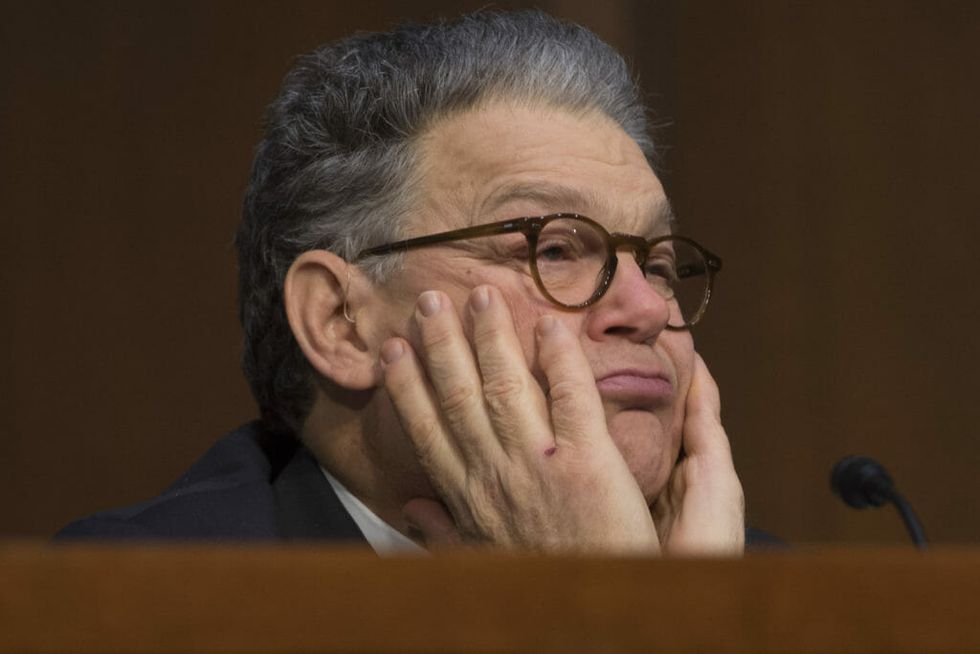 US Senator Al Franken, Democrat of Minnesota, attends a US Senate Judiciary Subcommittee on Crime and Terrorism hearing on Russian influence on social networks with representatives from Facebook, Twitter and Google, on Capitol Hill in Washington, DC, October 31, 2017. (SAUL LOEB/AFP/Getty Images)

A host of Democratic senators has asked Senator Al Franken to resign amid allegations of sexual misconduct. Now, many are wondering who will replace him.

Once Al Franken resigns, as he announced he would do "in the coming weeks," the Democratic Governor of Minnesota, Mark Dayton, will appoint his replacement and call a special election for 2018 to fill out the remainder of Franken's term.

The top name to replace Franken is Tina Smith, the sitting lieutenant governor of Minnesota. Smith is a former marketing professional who served as chief of staff to former Minneapolis Mayor R.T. Rybak. She worked with the mayor's office at the time when the Interstate 35W bridge collapsed in Minneapolis and played a major role during the rebuilding process.

Smith has worked with Governor Dayton since 2010 when she joined his campaign team. She served as his chief of staff before she became his running mate.

Part of the reason Smith could be heading to the Senate, the sources said, is that she has indicated no interest in running for Congress in the past and would not run for the remainder of Franken’s term, which expires in 2020, in a 2018 special election.

That means the field in the 2018 special election to serve out the remainder of Franken's term would be wide open.

Franken came under fire after media personality Leeann Tweeden alleged Franken forcibly kissed her without her consent as part of a rehearsal for a skit during a USO tour.

He continued to insist, and I was beginning to get uncomfortable,” Tweeden wrote. “He repeated that actors really need to rehearse everything and that we must practice the kiss. I said ‘OK’ so he would stop badgering me. We did the line leading up to the kiss and then he came at me, put his hand on the back of my head, mashed his lips against mine and aggressively stuck his tongue in my mouth.”

Things grew steadily worse after a photograph surfaced in which Franken appeared to grope Tweeden's breasts while she was seated and sleeping. Tweeden said the photo was taken without her knowledge on the plane ride back to Los Angeles.

“I couldn’t believe it. He groped me, without my consent, while I was asleep,” she said. “I felt violated all over again. Embarrassed. Belittled. Humiliated. How dare anyone grab my breasts like this and think it’s funny?”

Franken apologized to Tweeden, though he said her account did not match his recollection of the encounter. "I certainly don’t remember the rehearsal for the skit in the same way, but I send my sincerest apologies to Leeann,” he said. “As to the photo, it was clearly intended to be funny but wasn’t. I shouldn’t have done it.”

Several other women, including a woman who stepped forward just yesterday, accused Franken of making improper advances toward them. That woman's account––the sixth in the three weeks since Tweeden's story garnered national attention––galvanized many female Senators to demand Franken's resignation.

Sexual harassment is unacceptable. This morning I spoke with Senator Franken and, as you know, he will be making an… https://t.co/cc0jMMltvV
— Amy Klobuchar (@Amy Klobuchar) 1512588050.0

The number of senators demanding Franken step aside soon ballooned to over thirty.