Trump is making a supposed deal to buy the aircraft abandoned by a defunct Russian airline, but the true costs remain a mystery. 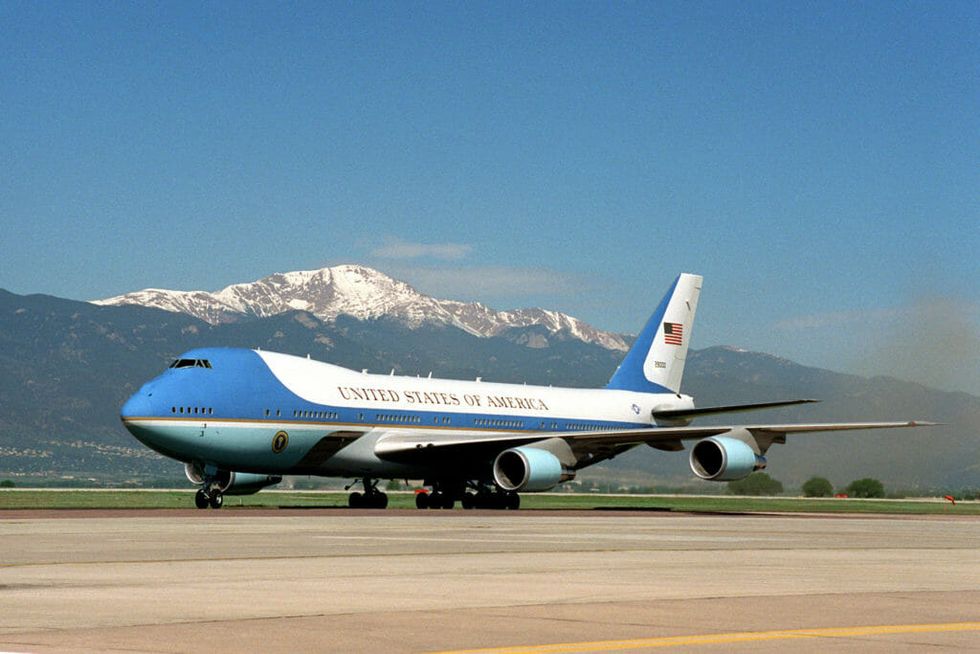 President William Jefferson Clinton is aboard Air Force One (VC-25) after landing at Peterson Air Force Base, Colorado, with Pikes Peak in the background.

The Air Force is bargain shopping for new planes. Two Boeing 747 aircraft abandoned by the bankrupt Russian airline Transaero will be purchased from Boeing and retrofitted for Air Force One’s presidential fleet. Transaero closed in 2015 and never took possession of the planes. They have been in storage ever since, and as Boeing has been paying the storage costs, the company is eager to unload them.

The Air Force originally planned to order new planes from Boeing. The Pentagon’s 2018 budget requested two new Air Force One jets, at a cost of $3.2 billion with delivery between 2018 and 2022. Trump claimed that the planes would actually cost $4 billion, and says that the Transaero planes will be a good deal. The actual price of buying the Russian planes will not be disclosed — nor will the costs involved with transforming ordinary passenger jets into Air Force One jets capable of carrying Trump, possibly even in the style to which he’s been accustomed.

Per Air Force One requirements, the planes will need to be retrofitted to meet security requirements, including secure communications, anti-missile defenses, and the ability to withstand an electromagnetic pulse in the event of a nuclear explosion. New custom interiors will include conference rooms, offices, and seating for White House staff and guests. The details about those custom interiors have not been disclosed.

It is known that other presidential accommodations have not met Trump’s posh standards. While golfing at his Bedminster, New Jersey, golf club, Trump said "That White House is a real dump," as an explanation for why he was spending so much time at his golf clubs. He has since denied making the comment, although reporter Alan Shipnuck, who published the initial story in Sports Illustrated, stands by his reporting and notes that at least eight other people heard the comment.

Trump, whose properties tend to feature gold and glitz, also criticized the historic presidential retreat Camp David. "Camp David is very rustic, it's nice, you'd like it," Trump said in an interview with a European journalist just before taking office. "You know how long you'd like it? For about 30 minutes."

Trump’s own fleet of aircraft, which includes a Boeing 757-200, features a giant gold “TRUMP” on the side and a huge red T on the tail, as well as a Cessna Citation X corporate jet emblazoned with a golden Trump family crest, and two Sikorsky S-76B helicopters. A video tour of his 757 reveals a plane outfitted for the height of luxury. A 757 typically carries 228 passengers. Instead, the Trump version features a dining room, big screen TVs, a master and a guest bedroom and even a shower. Oh, and 24-carat gold-plated seat belts.

Trump once owned an airline himself, until, like Transaero, it went bankrupt. The billionaire bought Eastern Airlines' shuttle service for $380 million dollars in 1989, and renamed it Trump Shuttle, but when he defaulted on his loan in 1991, it was taken over by the banks in 1992, and the airline was sold to US Air. The East Coast flights the airline once ran are now operated by US Airways, a subsidiary of American Airlines.