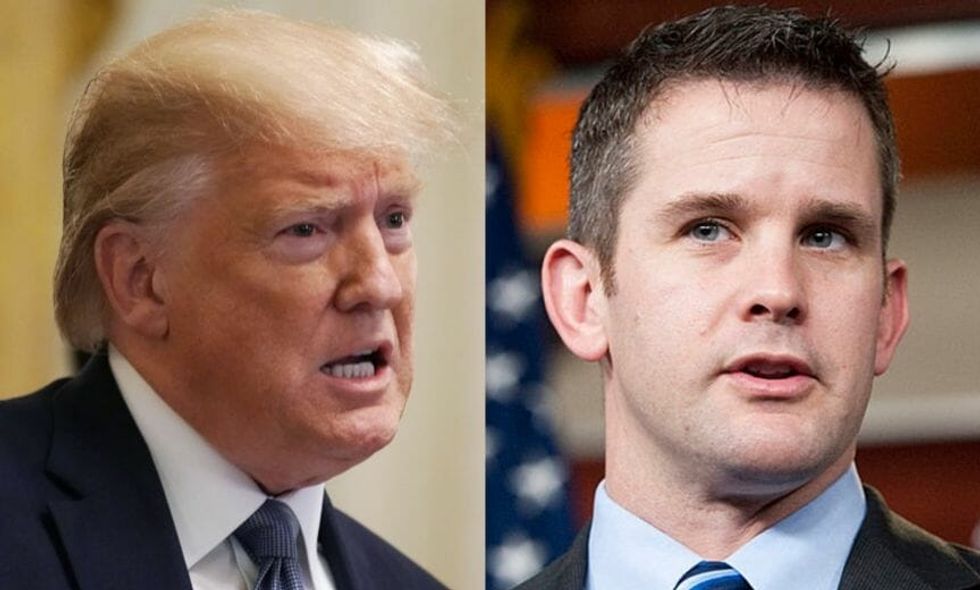 Until President Donald Trump's decision to abandon Kurdish allies to—who were crucial in U.S. efforts to contain ISIS—to Turkish aggression, Republicans were hesitant to ever speak out against him.

@SenatorRomney So @SenatorRomney, as a certified account holder, I’m pretty sure you know when you tag @POTUS the l… https://t.co/gtWinobUu3
— Brian Sims (@Brian Sims) 1570736407.0

That changed today when Congressman Adam Kinzinger (R-IL) tagged the President's account in a tweet decrying the decision as "weakness" and beneath the honor of the United States.

Kinzinger was replying to a tweet that implied the Kurds could be deliberately releasing ISIS prisoners in their custody in an effort to get the United States involved.

People applauded Kinzinger's willingness to call the President out directly. Soon, #SayHisName was trending on Twitter.

Bravo. Other Republicans should #SayHisName, just like this. https://t.co/RimCgUFMLC
— George Conway (@George Conway) 1571062209.0

Keep speaking out @RepKinzinger Where are the rest of your GOP colleagues? #SayHisName @Honestly_Tara https://t.co/65luLVgEos
— Tara Setmayer (@Tara Setmayer) 1571063278.0

Meanwhile, others continued to call out Republicans who criticized the decision without criticizing the President who made it.

hey @GeraldoRivera your forgot to tag the person responsible for all of this: @realDonaldTrump #SayHisName… https://t.co/dxnaA3LFzi
— Tonya B (@Tonya B) 1571065566.0

Instead, many GOP leaders have made sentiments like "we can only hope" things work out for the Kurds or, astoundingly, that Democrats' focus on impeachment is to blame.

Their tactics don't appear to be working.