White House Claims Trump's Canceling Nancy Pelosi's Trip Had Nothing to Do With Her Delaying His State of the Union, and CNN Reporter's 2 Word Fact Check Is All of Us 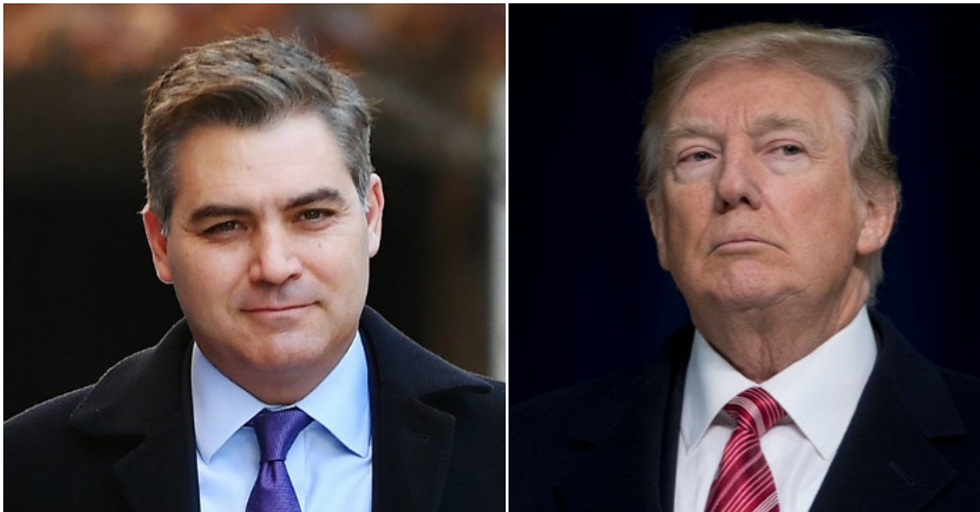 After House Speaker Nancy Pelosi (D-CA) sent a letter to President Donald Trump suggesting he postpone his January 29 State of the Union until after the government reopened, few expected the President not to retaliate with his trademark vindictiveness.

The letter was seen as an attempt to pressure Trump into lessening his bulwark against functional democracy by foregoing his demand of $5 billion dollars for a wall at the southern border and put an end to the longest shutdown in government history.

Today, I wrote to @realDonaldTrump recommending that we delay the State of the Union until after government re-open… https://t.co/ot1LQzoHWQ
— Nancy Pelosi (@Nancy Pelosi) 1547650250.0

Sure enough, days after, the President struck back with a letter of his own. He cancelled a planned Congressional Delegation (CoDel) to Brussels, Egypt, and Afghanistan that Speaker Pelosi was set to embark on that day. For national security and personal safety reasons, CoDels to areas of conflict are usually classified until the delegation lands at its destination.

This was seen by many as a petty rebuke of Pelosi unbefitting of a United States President. But according to the White House, it was just a coincidence. CNN's White House Correspondent Jim Acosta isn't buying it.

Neither are many of the American people.

However, some are taking the White House at its word, especially considering the messenger.

For most of his presidency, the Trump administration and Trump himself have instilled a visceral abhorrence of Acosta in many of the President's supporters. Because the message came from him, some Americans were determined to dismiss it.

@Acosta If @SpeakerPelosi was serious about making a deal to stop the shutdown she would have canceled her trip on her own.
— TZilla (@TZilla) 1547757153.0

Speaker Pelosi—who is second in line for the Presidency—declined to pursue a commercial flight to make the trip for obvious reasons of security. Before noting the threat the President's spotlight on the trip brought, she remained demure when addressing whether or not the instance was a retaliation, asking a question that many Americans need to answer: "I don't think the President would be that petty, do you?"