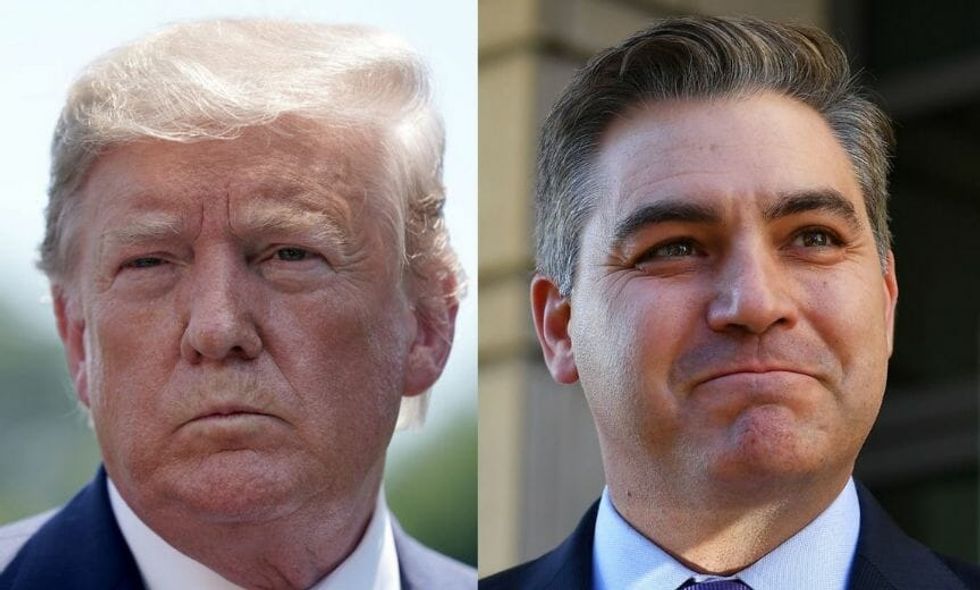 Over the course of the last month, President Donald Trump told four American congresswomen of color to "go back" to their countries, called a black congressman who fought in the civil rights movement a "racist," and most recently, claimed that black CNN anchor Don Lemon was "too dumb (stupid) to understand" the concept of neutrality.

Yet he continues to claim that he's the least racist person in the world. He said it to reporters outside the White House earlier this week and tweeted it this morning while on his tirade against Don Lemon.

Acosta has long been a thorn in Trump's side, to the point that the White House correspondent's press clearance was temporarily revoked until being restored by court order. Trump often refuses to take Acosta's questions and gleefully insults him when he does.

In this case, people are siding with Acosta or at least acknowledging that claims of Trump being the "least racist person in the world" are preposterous.

Trump has been called out for frequently using the term "infested" in association with people of color.

I wonder if @RepCohen was a POC, would tRump use the same language such as infested, crime ridden, and dirty toward… https://t.co/xdEwWKIoC2
— Will Johnson (@Will Johnson) 1564318688.0

If you're hungry for more fact checking, Acosta's latest book, The Enemy of the People, is available here.