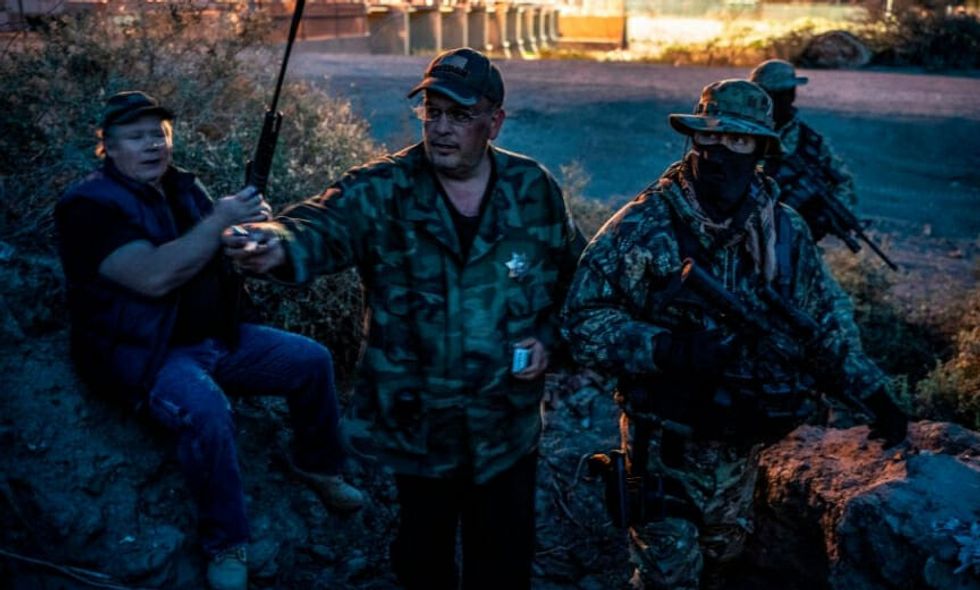 Conditions along the southern border took a frightening turn as an armed civilian militia, the so-called United Constitutional Patriots, detained hundreds of undocumented asylum seekers to turn over to Border Patrol.

The militia, operating out of southern New Mexico, has currently detained over 200 asylum seekers at gunpoint.

“We’re just here to support the Border Patrol and show the public the reality of the border,” a spokesman for the group told the New York Times. In reality, border crossings have seen an overall decline for the last two decades.

New Mexico officials were disgusted by the civilians holding families at gunpoint under the guise of patriotism.

"They have absolutely not been authorized by our office or any other. We are actively working with the AG's Office, state police and local police to determine what has gone on and what can and will be done," a spokesman for New Mexico Governor Michelle Lujan Grisham. "That migrant families might be menaced or threatened in any way, shape or form is completely unacceptable."
The American Civil Liberties Union of New Mexico is also pursuing action: “We cannot allow racist and armed vigilantes to kidnap and detain people seeking asylum.”

Many think the rhetoric of President Donald Trump against immigrants has created a culture of fear and ignorance that makes actions like these feel justified.

The militia says it plans to continue its armed kidnappings until Trump's wall is erected at the border.