Katrina Pierson Was Asked to Name a Black Person Working in Donald Trump's West Wing, and She Clapped Back With a Questionable Abraham Lincoln Analogy 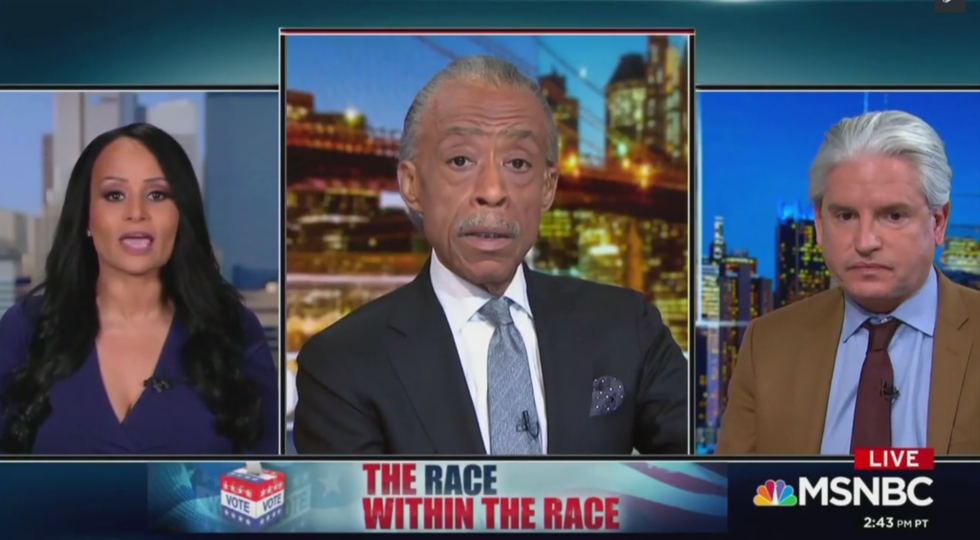 Earlier this month, Congressman Mark Meadows (R-NC) touted Housing and Urban Development official Lynne Patton, who is black, as evidence that President Donald Trump is not a racist. The action was met with outrage.

Today during an appearance on MNSBC, Trump campaign advisor Katrina Pierson challenged Reverend Al Sharpton on the absence of black senior staffers in the White House by invoking Abraham Lincoln.

"How many black people were in Abraham Lincoln's West Wing? It's absurd to even go in that direction...Was Abraham Lincoln a racist because he didn't have a black person in the West Wing? This is insane. It's an insane discussion."

When Lincoln was president, black people had no voting rights, and were regarded as second-class citizens. Also, it was 150 years ago. Is that the best she can do?

People were flabbergasted at Pierson's answer.

Actually, Katrina Pierson, Abraham Lincoln was a racist. "There must be a position of superior and inferior, and I… https://t.co/chTpneIGv5
— Keith Boykin (@Keith Boykin) 1552273944.0

"I pity you," said Sharpton, "I sympathize with you, but telling me you applied, and other people applied...come on."

Revealing that Katrina Pierson has to go all the way back to the Civil War to normalize Donald Trump's blatant bigo… https://t.co/kDwtlEPz72
— Crooks and Liars (@Crooks and Liars) 1552241852.0

Sharpton perfectly called out the lack of diversity under the Trump administration. "You can't name a black in the West Wing," Sharpton said, "because we can't find one."