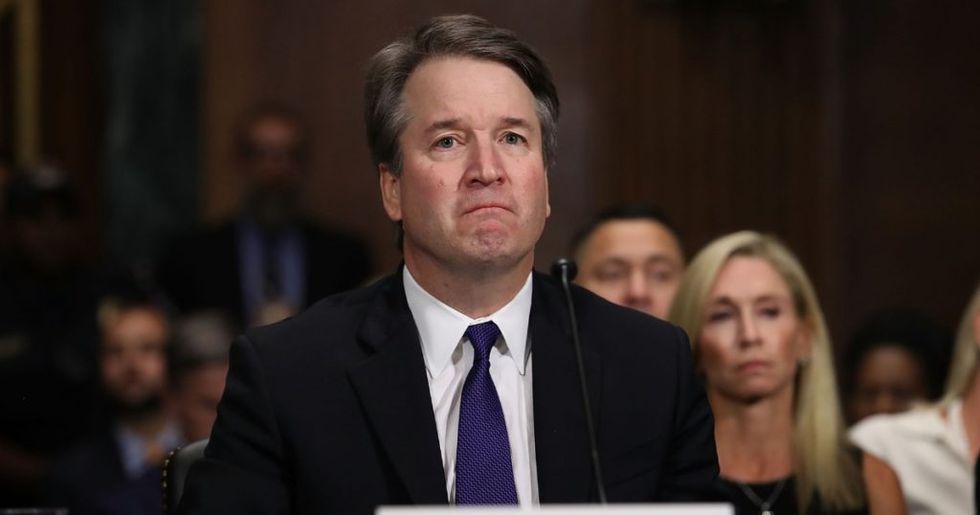 More than half of the registered voters polled - 53 percent - would support further inquiries into the new associate justice. Forty-three percent are opposed.

Support grows even higher among women, 58 percent of whom said they want Congress to probe Kavanaugh's past - 37 percent of women said they did not. Men were more evenly divided, with support vs. oppose at 47-49 percent.

The gender gap is also apparent in approval of Kavanaugh being on the Court. Among women, 48 percent say they strongly disapprove of his confirmation, while 28 say they strongly approve. Men are more evenly split, according to the poll.

ABC breaks down the numbers in greater detail:

"Women who describe themselves as politically independent are 20 points more apt than independent men to disapprove of Kavanaugh’s confirmation, 61 vs. 41 percent; it’s similar among women age 18-49 compared with their male counterparts, 64 vs. 45 percent. Additionally, moderate women are 17 points more likely than moderate men to disapprove of the confirmation, 69 vs. 52 percent. There are also slight 8- and 9-point gaps between conservative women and men and liberal women and men."

Respondents also said, by a margin of 50-41 percent, that the Senate Judiciary Committee didn't do enough background work on Kavanaugh during his nomination proceedings.

The Kavanaugh effect on the midterms was measured as well.

"Registered voters say Kavanaugh’s confirmation makes them more apt to support Democratic rather than Republican candidates by a 6-point margin, 33-27 percent, with the rest saying it makes no difference."

There are those on Twitter who see these numbers as a direct rebuke of Republican politics.

@EJDionne @washingtonpost @ABC A short term win purchased at the expense of everything else. Glad to hear people do… https://t.co/ZpOlFniwLS
— Safiyah Noor (@Safiyah Noor) 1539367326.0

@ABC @DenverChannel Wow. Considering he sat there and outright lied to Congress and everyone, that should be a much… https://t.co/IZdlkBPERf
— Carol (@Carol) 1539363888.0

Unfortunately, Kavanaugh is already on the Court, so opposition to his confirmation is now moot, as some on Twitter pointed out.

This is why it is so important to vote. Elections have consequences.

The poll was conducted from October 8-11, 2018, of 1,144 registered voters. The survey was conducted in English and Spanish. Landlines accounted for 65 percent of people reached, while 35 percent were on cell phones. The margin of error is plus or minus 3.5 percentage points.