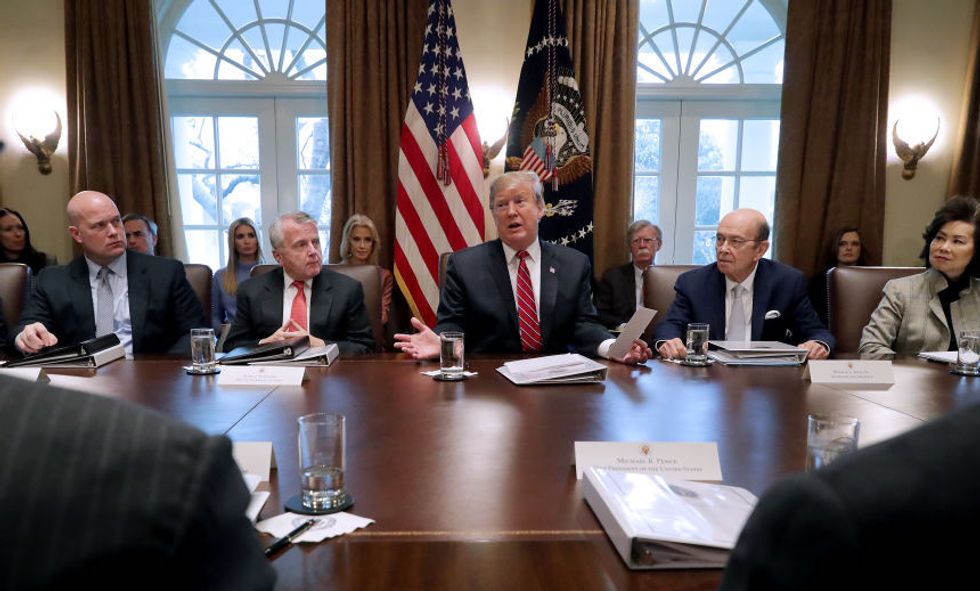 NBC News' First Read—their daily breaking news summary—made note of something that prior to January 2017 would have been considered a major development. Now, not so much.

What was this paradigm shift?

Three scandals from the administration of President Donald Trump all broke on Tuesday:

But investigations, resignations and firings under clouds of scandal, charges of ethics violations and indictments are so commonplace in the Trump administration that three new ones seemed like a normal day.

"Any one of these stories would have dominated the news — for days and weeks — in any other administration. But in our current era, it was just Tuesday."

And people noticed the new normal.

@NBCNews @NBCFirstRead would someone please end this nightmare legally I feel we slowly bleeding to death
— Jamie Parris (@Jamie Parris) 1550677667.0

Although the Trump administration line of defense against all such stories—even those that go from alleged to confirmed—seems to be paying dividends.

While a new Trump administration scandal is an expected almost daily occurrence, his ardent followers' claims of fake news are equally predictable.

Trump's own reaction to at least one of the scandals was to attack the messenger: The New York Times.

But unlike the President's core supporters, most people found his response troublesome.

@realDonaldTrump Trump, when you speak this way, you incite violence. We have already seen a mail bomber and templ… https://t.co/vYuLBB3wZ5
— Fred Guttenberg (@Fred Guttenberg) 1550682530.0

@realDonaldTrump Maybe this is something Vladimir Putin learned from Joseph Stalin who then taught it to Donald J. Trump.
— Eugene Gu, MD (@Eugene Gu, MD) 1550670807.0

NBC provided additional coverage on each story, but felt they also needed to make a statement about the new normal.