The U.S. Army changes its guidelines to allow for grooming and dress accommodations for religious reasons. 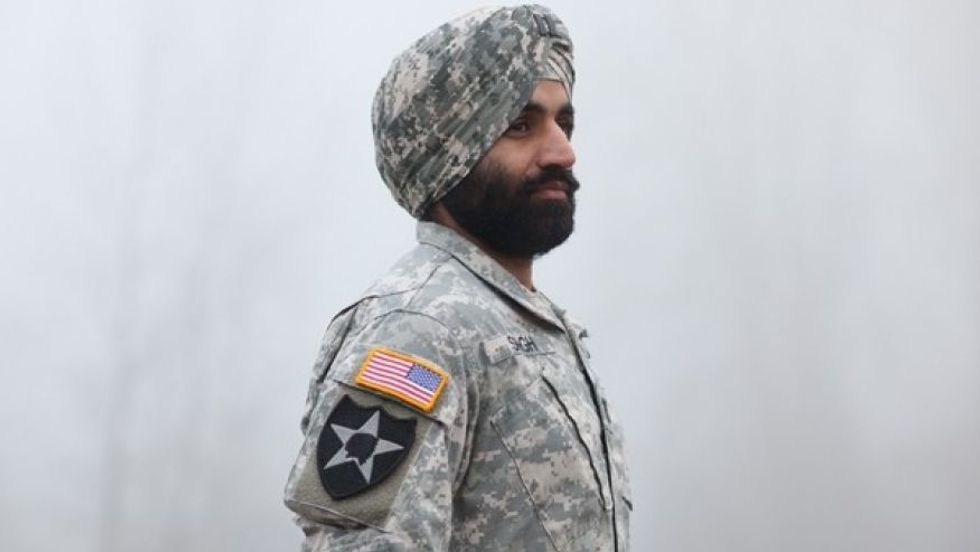 As Trump settles into office, the U.S. Army has loosened its dress and grooming guidelines, making it easier for Sikhs, Muslims, and other religious minorities to comport with their religious customs. These soldiers may now wear beards, turbans and headscarves.

The new rules, outlined in a memorandum signed by U.S. Army Secretary Eric Fanning, also allows brigade-level commanders to approve religious accommodations. Prior to these revised guidelines, this authority rested with the Army secretary.

Under the guidelines, Sikhs and Muslims can wear beards for religious reasons, so long as they are shorter than two inches, rolled up or tied. Turbans, and headscarves for women, are also permitted. For the first time, women can also wear dreadlocks, so long as they are relatively small, uniform, neat, and tied off inconspicuously.

“Our goal is to balance soldier readiness and safety with the accommodation of our soldiers’ faith practices, and this latest directive allows us to do that,” said Lieutenant Colonel Randy Taylor.

While, according to NPR, only three observant Sikh servicemen currently serve in the U.S. military, they have been active in bringing about this change. The Sikh religion mandates that hair should never be cut. Within the last year, several Sikh servicemen have sued the Army to be able to continue to wear beards and turbans while actively serving. Eric Baxter, an attorney at the Becket Fund for Religious Liberty, said that “The pressure of the lawsuit was a significant factor in deciding this needs to be finished. The time had just come when it was no longer possible to make excuses for why Sikhs need to be excluded.”

The Sikh Coalition welcomed the new rules. “We are pleased with the progress that this new policy represents for religious tolerance and diversity,” said Legal Director Harsimran Kaur.

Although the litigation may have been the impetus, the conversation about whether to change the Army’s guidelines has been happening for years, said former chief chaplain for the Army Douglas Carver. “The military is strong on tradition and order. When you’re going to have someone who looks different in the ranks, it takes a lot of discussion and exploration and advisement.”

Some commanders worried about possible safety hazards from allowing religious accommodations, such as gas masks or helmets not fitting as intended. The military conducted studies, which revealed that troops could successfully serve while accommodating religious beliefs. The military will continue to test for safety hazards. Until studies are completed, those with religious accommodations are restricted from serving in positions involving toxic chemicals and other potentially dangerous substances.

For Carver, the new guidelines are a welcome step.

“You are prepared to go into harm’s way, even to die, and practice of your religious beliefs brings courage and calmness. A soldier should not have to feel that he’s about to give his life for his country, but that he doesn’t want to compromise his individual faith or practices.”