Rough Draft of the Mona Lisa Rocks the Art World 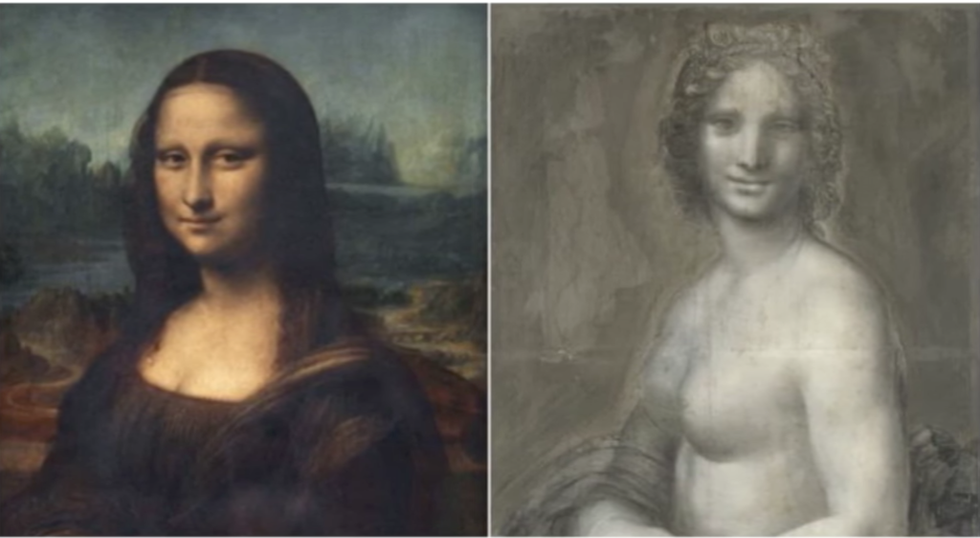 Much of the world’s great art is hidden away in private collections and museum archives, but every now and then, something is brought out into the light that commands new attention. A charcoal drawing that was previously attributed to the studio of Leonardo da Vinci has been brought out of an archive where it has been stashed for the past 150 years. Experts now believe it is a draft version of the Mona Lisa.

The drawing features a nude woman in the familiar seated pose with her arms crossed. She has similar features as well as the enigmatic expression we associate with the famous painting.

This drawing is known as the Monna Vanna, and it has been held since 1862 in the collection of Renaissance art at the Conde Museum at the Palace of Chantilly, north of the French capital. Tests conducted by the Louvre Museum in Paris have led curators to believe the sketch is "at least in part" by da Vinci, who employed other artists in his studio to assist with his work.

"The drawing has a quality in the way the face and hands are rendered that is truly remarkable," said curator Mathieu Deldicque. "It is not a pale copy. We are looking at something which was worked on in parallel with the Mona Lisa at the end of Leonardo's life. It is almost certainly a preparatory work for an oil painting."

The Mona Lisa is the most valuable painting in the world, with an estimated worth of $782 million. It was created over a period of years in the early1500s, and is believed to be a portrait of Lisa del Giocondo commissioned by her husband, the merchant and politician Francesco del Giocondo.

Another school of thought contends that the painting was actually commissioned by Giuliano de' Medici, da Vinci's patron, which then raises questions about the featured woman, identified only as "a certain Florentine woman, done from life.” It has been speculated that she was Pacifica Brandani, de' Medici's mistress, with whom he had an illegitimate son. Brandani died in childbirth and one theory is that the portrait was painted so the boy could see his mother.

The painting has hung in Napoleon’s bedroom and in museums and private collections across Europe. Over the centuries, it has been hidden and moved to escape numerous wars. It has been forged, vandalized and stolen.

In 1811, an Italian handyman who believed the painting should be returned to Italy, slipped the painting under his coat and walked out of the Louvre museum. The painting was missing for two years, during which time the mystery of its whereabouts only added to its value.

"If a different one of Leonardo's works had been stolen, then that would have been the most famous work in the world -- not the Mona Lisa," said Noah Charney, professor of art history and author of The Thefts of the Mona Lisa. "There was nothing that really distinguished it per se, other than it was a very good work by a very famous artist -- that's until it was stolen. The theft is what really skyrocketed its appeal and made it a household name."

Another da Vinci work has emerged from the shadows, and it too may be connected to the Mona Lisa. The “Salvatore Mundi,” a painting of Jesus that is widely referred to as the male Mona Lisa, will be auctioned by Christie’s auction house on November 15.

It is expected to sell for more than $100 million, a far cry from the last time Christie’s sold it, in 1958 — for $60. The painting is believed to have been created around the same time as the Mona Lisa and features similarities in both the artistic treatment and the features — particularly the eyes — of the subject.

The male Mona Lisa, however, was not authenticated as a da Vinci painting until 2011, and has failed to command respect in some quarters. “What a difficult painting this is to like, let alone to be affected by,” said art critic Adrian Searle. “Jesus has the glazed look of someone stoned. You can imagine the raised fingers holding a spliff. Once imagined, the image won't go away.”