What Is Mixed Doubles Curling? 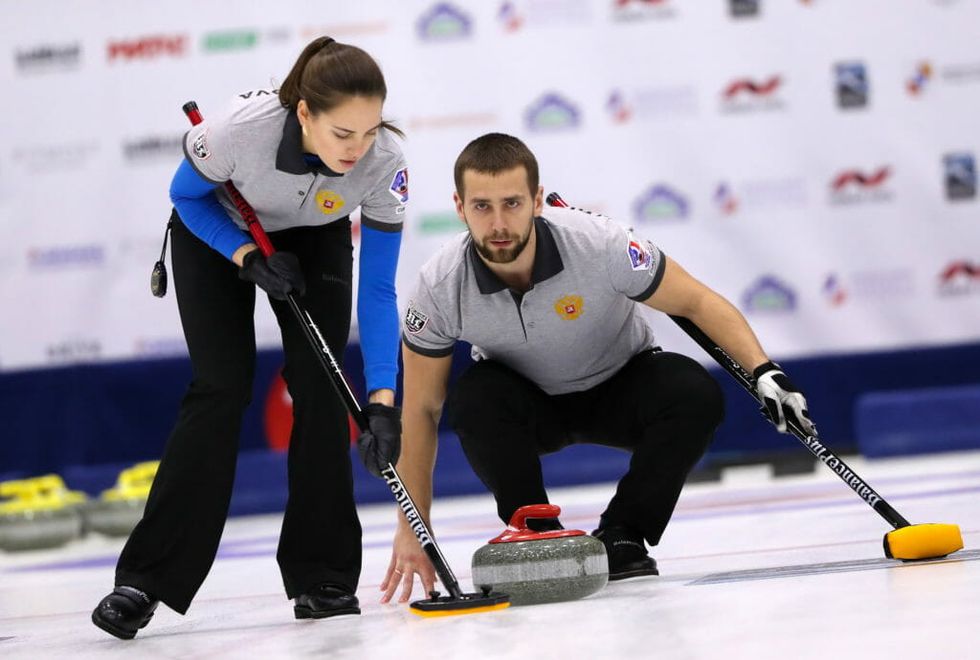 The 2018 Winter Olympics are set to feature four new and exciting games. One of those is mixed doubles curling, a new and wacky variation of the classic sport. While the game might be hard to follow at first, the new rules add a couple of fun twists that audiences are likely to enjoy overall.

Representing the U.S. this year will be Becca and Matt Hamilton. The two siblings will also represent the U.S. in team curling. For those interested in the gameplay for this new variant, we've got the full details below; make sure to read up before the Olympics take place in February!

First off, for those who don't know what the rules of regular curling are, you can read this primer here. There are similarities between the two formats; for example, both involve playing eight "ends", and the scoring is the same.

However, in mixed doubles curling, a team is comprised of one man and one woman. Before each "end", both teams position a stone, which can earn points if it gets into the house. The team that has the last rock (referred to as the "hammer") gets to decide where the two stones are initially placed. In addition, stones can't be removed until the fourth stone of the end is delivered.

Each team is also allowed a power play. In essence, it allows a team to choose the placement of their positioned stones. The "in-house" stone gets pushed to a position in which its back is tangent with the tee line, while the guard stone gets moved to the side of the "sheet", where it protects the in-house one.

If this all seems convoluted (or if you still don't have a firm grasp on the rules of regular curling), you're not alone. The new format is crazy complicated! The YouTube video below may help explain things a bit better. Have fun watching the games this year!