Matt Lauer Net Worth: What Did the Fired Today Host Lose With his Job? 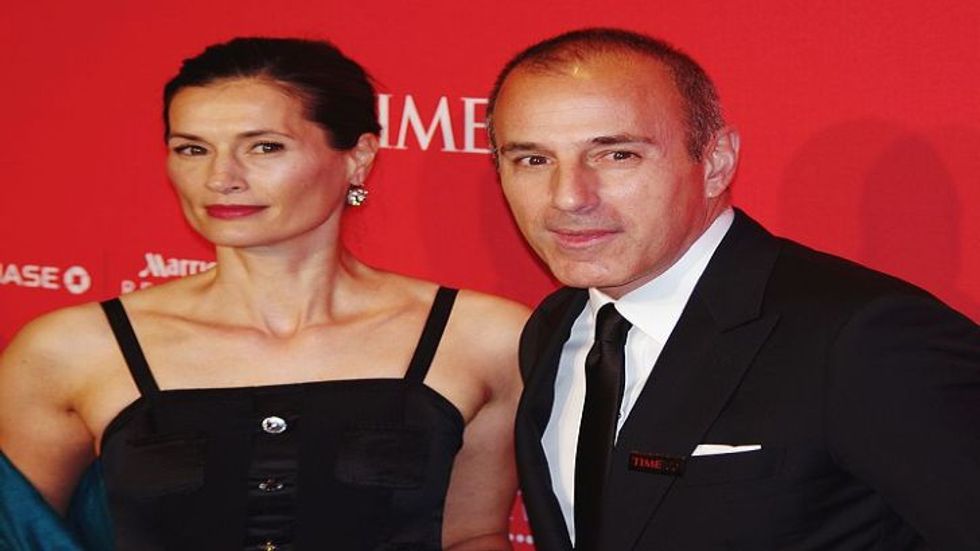 Matt Lauer was fired from the Today show over sexual misconduct allegations. This marks an inglorious end for one of the most prominent hosts on morning show television and likely signals the end of Lauer’s career. The question now is what type of money is he leaving behind? In addition, what was his net worth before?

Variety compiled details from dozens of anonymous statements, indicating that he harassed employees, openly and crudely commented on their appearance. He even had a desk in his New York office that allowed him to lock the door without getting up, providing a way to initiate inappropriate contact in secret.

Matt Lauer has been terminated from NBC News. On Monday night, we received a detailed complaint from a colleague ab… https://t.co/pxSqWaDy6q
— TODAY (@TODAY) 1511957300.0

With over 20 years at the network, Lauer was one year into a two-year deal. If we wind back the clock a bit, we know he earned a 2014 contract for the same sum. This goes along with a 2012 deal that set his annual paycheck as high as $25 million per year. He may have earned $17 million a year prior to that.

At the time of the 2012 contract, then-NBC News president Steve Capus spoke highly of Lauer. “Matt is the franchise, and our franchise player has decided to keep leading our team.” It’s important to note that he also had other work with NBC outside of the Today Show. This included various exclusive interviews with NBC, moderating several presidential debates and covering the Olympics. How quickly things change.

While there is still some speculation, Matt Lauer’s net worth is roughly $80 million, with the potential to be higher. That money enabled some expensive purchases, including the 2016 purchase of Richard Gere’s 12-bedroom waterfront house in North Haven for $33 million. Lauer's current contract runs through 2018. It’s not clear whether NBC will pay out the remainder of his contract. Equally unclear is his net worth should he remain unemployed for an extended period of time.

Who's On Top Now?

What does Matt Lauer’s firing do to the TV landscape? At the time of his firing, Business Insider reports that he was just behind Ellen DeGeneres and Judge Judy for being the highest-paid celebrity on TV. With him out of a job, Megyn Kelly is likely the highest-paid anchor on TV, with a salary of between $15 million and $20 million.

Kelly herself joined NBC in early 2017, having left Fox after accusing chairman Roger Ailes of sexual harassment in a memoir published last year. “This one does hit close to home,” she said at the start of her portion of the Today show when announcing the news. “I too have known Matt for a long time, and he has been a friend, and kind and supportive to me in my transition to NBC News and I see the anguish on my colleague’s faces.”

“What we don’t see is the pain on the faces of the women who found the courage to come forward. And it is a terrifying thing to do. We don’t see the career opportunities women lose because of sexual harassment or the intense stress it causes a woman dealing with it when she comes to work each day. I am thinking of those women this morning and hoping they are okay. The days to come will not be easy.”