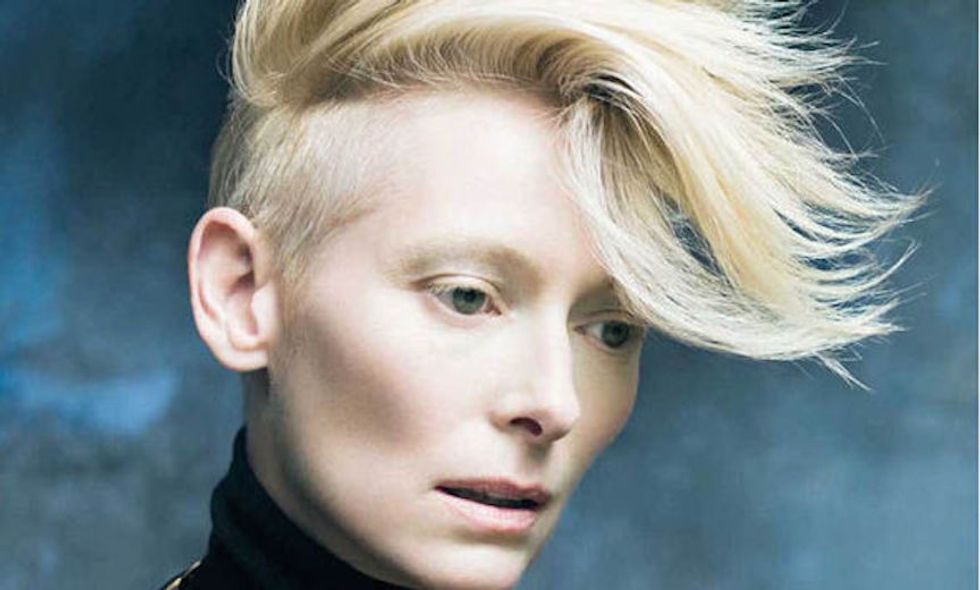 On Tuesday, following a slew of online criticism, Marvel Studios issued a statement defending its casting of Tilda Swinton as The Ancient One in the upcoming Doctor Strange.

“Marvel has a very strong record of diversity in its casting of films and regularly departs from stereotypes and source material to bring its MCU to life,” the statement read. “The Ancient One is a title that is not exclusively held by any one character, but rather a moniker passed down through time, and in this particular film the embodiment is Celtic. We are very proud to have the enormously talented Tilda Swinton portray this unique and complex character alongside our richly diverse cast.”

Fans accused the studio of cultural appropriation and racism after the recent release of the film’s trailer. Swinton is a white Scottish woman, while The Ancient One is depicted as a Tibetan man in the Doctor Strange comics. Sources close to the project stated that Marvel intentionally shied away from a Tibetan depiction of the character because audiences would have found it too similar to 2005’s Batman Begins. In Batman Begins, Bruce Wayne undergoes physical training in Tibet. In Doctor Strange, The Ancient One trains the lead character played by Sherlock’s Benedict Cumberbatch.

The casting choice sparked controversy from the moment it was announced. The film’s screenwriter, C. Robert Cargill, broached the issue earlier this week when he attempted to explain why Marvel chose to offer the role to Swinton rather than an Asian performer. “The Ancient One was a racist stereotype who comes from a region of the world that is in a very weird political place,” Cargill said.

But, he added, Marvel’s reasons are shrewder. The studio, said Cargill, feared any depiction of the Tibetan people would anger the Chinese government and alienate the Chinese people, potentially costing Marvel major profits in the world’s second-largest film market. “He [the Ancient One] originates from Tibet, so if you acknowledge that Tibet is a place and that he’s Tibetan, you risk alienating one billion people... and risk the Chinese government

going, ‘Hey, you know one of the biggest film-watching countries in the world? We’re not going to show your movie because you decided to get political.’”

“There’s no real way to win this,” he concluded. “So let’s use this as an opportunity to cast an amazing actress in a male role.”

It remains to be seen whether fans and critics will buy Marvel’s explanation, which bears convoluted logic at best. In order to be welcomed in the lucrative Chinese market, Marvel appears to argue that it cannot cast the role as Tibetan. Yet it is willing to risk alienating Asian audiences generally by implying that the role is best played by a white actress even if in the original material the character is Asian.

Further, Marvel appears to have raised the notion that The Ancient One is Celtic only after the uproar began and actors such as George Takei went public with predictions that fans would revolt. Cargill’s response regarding the political sensitivity of the role made no mention whatsoever of her character being Celtic. But when Swinton herself weighed in on the controversy in an interview with The Hollywood Reporter, she was adamant that there was a racial departure from the original comic. “Well, it’s not actually an Asian character — that’s what I need to tell you about it. I wasn’t asked to play an Asian character, you can be very well assured of that.”

Academy Award winner Swinton is not the only actress at the center of a conversation on Hollywood whitewashing. The remake of Ghost in the Shell was dogged by criticism after the casting of Scarlett Johansson as a Japanese cyborg made headlines in recent weeks, especially after the studio admitted to experimenting with CGI effects to cause actors to appear more Asian. Emma Stone’s portrayal of Allison Ng, a part-Hawaiian character in 2015’s Aloha. The film’s director, Cameron Crowe, later apologized for casting Stone, offering “a heart-felt apology to all who felt this was an odd or misguided casting choice."