What Time Does the Macy's Thanksgiving Day Parade 2017 Start? 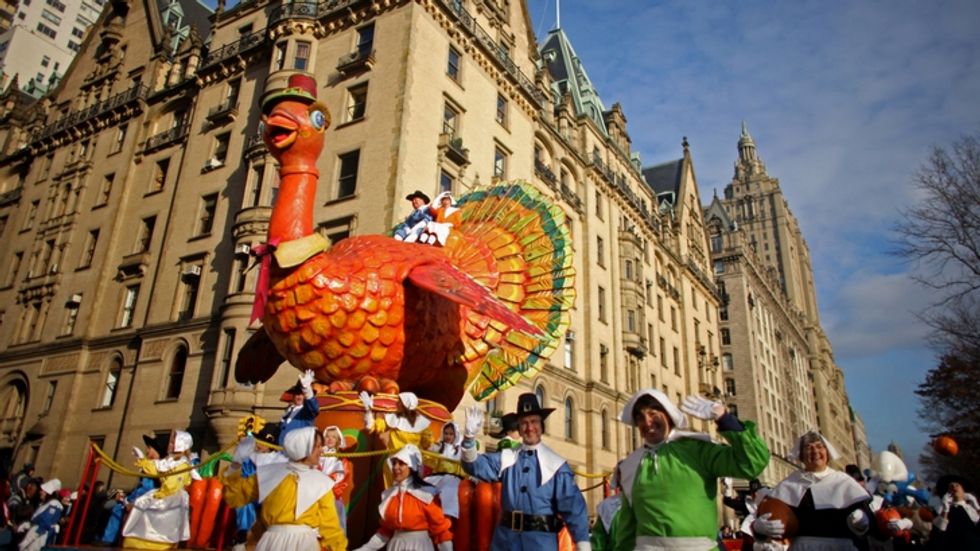 One of the biggest Thanksgiving traditions in the United States is the Macy’s Thanksgiving Day Parade. Over the years, the parade has become as synonymous with Thanksgiving as football and pumpkin pie. Each year, the parade winds its way through the streets of New York City with giant balloons, marching bands, and celebrities riding on floats.

Here’s what you need to know about the Macy’s Parade 2017:

This Year’s Parade Will Be Broadcast on NBC

As has been the case in years past, the Macy’s Day Parade will be broadcast on NBC starting at 9:00 a.m. If you don’t have access to network television, it will also be live-streamed on the NBC app. The parade typically lasts three hours. This year’s hosts for the broadcast will be Today Show hosts Matt Lauer, Savannah Guthrie, and Al Roker. The parade will be directly followed by another holiday tradition, The National Dog Show.

As the floats and balloons make their way toward Herald Square, the show features a dance from the Radio City Rockettes and musical numbers from this year’s popular Broadway shows. For the 2017 broadcast, the Macy’s Parade will have performances from Tony Award winner for 2017 Best Musical Dear Evan Hansen. Casts from Anastasia, Once on this Island, and SpongeBob SquarePants – The Broadway Musical will also perform songs from their show on the broadcast.

There Will Celebrity Appearances Too

The Macy’s Thanksgiving Day Parade is a great place to spot celebrities. The 2017 Macy’s Parade will feature many celebrities riding the floats. Announced to appear are Jimmy Fallon and The Roots, Sabrina Carpenter, 98 Degrees, Gwen Stefani, Patti LaBelle and Flo Rida. In addition to the celebrities in the parade, the parade has several floats and balloons which are famous on their own. The cast of the children’s show Sesame Street always rides a float and Tom the Turkey always waddles through Herald Square. Popular balloons (such as Spiderman and new balloon Olaf from Frozen) and their handlers will also be in the parade. As always, the parade will conclude with an appearance by Santa Claus.