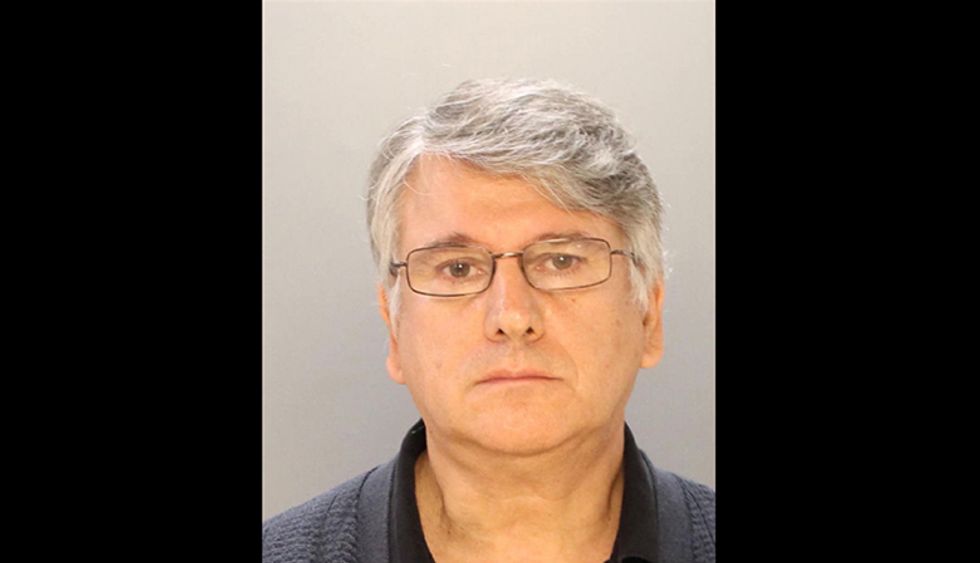 Dr. Ricardo Cruciani was arrested on rape charges in New York City on Tuesday and pled guilty to groping women at a Philadelphia clinic for years in November 2017. The past charges for the neurologist include multiple counts of sexual abuse. According to Philadelphia Magazine, Cruciani "fondled and groped women under his care," "tried to forcibly kiss a woman in his office," "tried to force a woman to touch his penis," and would also masturbate in front of patients. In November 2017, Cruciani pled guilty in Philadelphia Municipal Court to misdemeanor counts of sexually predatory behavior, according to the Philadelphia Inquirer. He was sentenced to seven years probation and had to register as a sex offender.

According to NJ.com, his latest arrest for rape was spurred by a former patient, Hillary Tullin, 45. Tullin called a sexual abuse hotline last year, alleging that Cruciani repeatedly abused her between 2005 and 2012. Cruciani previously worked at Beth Israel Medical Center in New York City.

The New York Post writes, "Tullin saw Cruciani for several years before he assaulted her, becoming dependent on the care he provided for her crippling regional pain disorder."

They add that as cited in 2017 charges, Cruciani would use sexual favors as leverage from women for his expensive treatments. They write, "The victims, ages 31 to 55, described a pervy bedside manner that includes unwanted touching and kissing, as well as being coerced into oral sex. Another said he masturbated in front of her — even as she declined his advances."

Tullin claimed similar experiences throughout her treatments. She said that Cruciani would force her to perform oral sex on him. After his arrest, Tullin told The Associated Press that she testified against Cruciani before a grand jury about two weeks ago.

Tullin also asked that her name be public, despite being a sexual abuse victim. However, she is not alone. According to ABC7, "There are six victims in New York, according to the charges unveiled Wednesday."

According to his WebMD profile, "Dr. Cruciani graduated from the Univ De Buenos Aires, Fac De Cien Med, Buenos Aires, Argentina in 1979. He works in Pennington, NJ and specializes in Pain Management and Neurology. Dr. Cruciani is affiliated with Capital Health Medical Center- Hopewell and Capital Health Regional Medical Center." It adds that he has 39 years of experience. Philadelphia Magazine adds, "the 63-year-old physician was the chairman of the Department of Neurology, a professor of neurology, and the director of the Center for Pain Palliative Medicine at Drexel University."

Cruciani's profile on HealthGrades.com is still up, too, and a screenshot can be seen below.

Cruciani is married to Dr. Nora Esteban-Cruciani, a pediatrician in Philadelphia, Pennsylvania. He has at least one daughter, who was married last year in Argentina. Cruciani is a naturalized U.S. citizen.