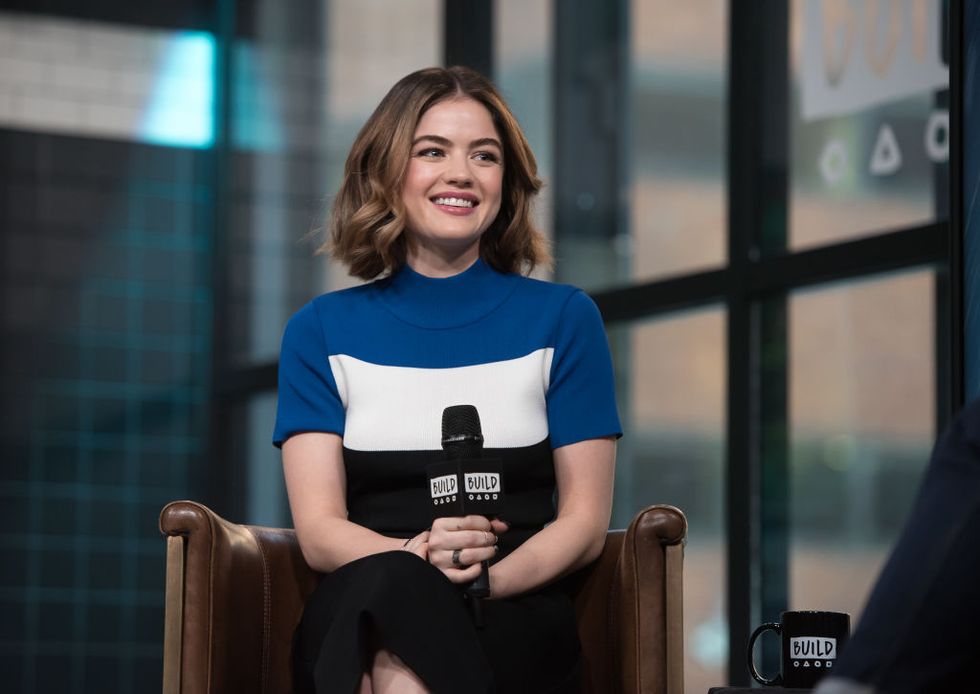 Life Sentence, starring Lucy Hale (Pretty Little Liars), premieres tonight on The CW at 9 p.m. EST, following Riverdale. According to IMDB, the show follows Stella Abbott (played by Lucy Hale) who survives terminal cancer and must now live with the choices she made while dying. Is there a Life Sentence live stream?

The pilot premieres tonight with less-than-great reviews. The New York Times says it "lacks narrative bite" and "needs to be a little more alive." Variety digs deeper and calls the show "a tortuously sentimental drama" that "lands somewhere between a pharmaceutical commercial and greeting card." But some CW fans have taken to Twitter to show their excitement for the new series.

Others, however, find the concept of the show problematic. The official Twitter page for the show posted a preview with the caption, "The cure for dying...is living!" One follower responded, "As someone who has been diagnosed with 3 different cancers, I'm pretty sure that's not the cure. I won't be watching."

@cw_lifesentence @lucyhale As someone that has been diagnosed with 3 different cancers I'm pretty sure that's not t… https://t.co/RhbHZvbyy0
— Jennifer Finley 🌮 (@Jennifer Finley 🌮) 1519092141.0

Despite negative reviews, the show will likely pull in strong ratings with Lucy Hale as the star. In 2017, Pretty Little Liars ended its seven-season run with 1.4 million viewers and 4.9 million engagements on social media, according to Deadline. When the finale aired on June 27, it earned the title as the most-tweeted cable show of the year.

Life Sentence claims the 9 p.m. slot from Dynasty, which will now air on Fridays at 8 p.m. EST. According to Deadline, Dynasty performed below-rating expectations, but will continue on for another season. The show takes the 8 p.m. slot from Crazy Ex-Girlfriend.