$1,000,000 in Medical Debt Owed by Seattle Area Residents Was Just Wiped Away Thanks to a Local News Station 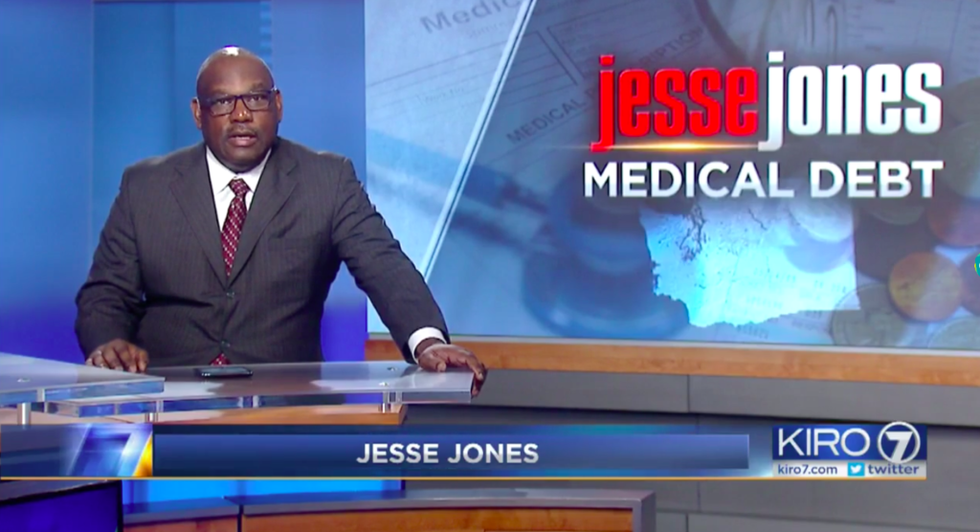 A Seattle-based news station has purchased $1,000,000 in medical debt, in an effort to secure medical debt forgiveness for individuals within their coverage area.

According to The Hill, KIRO spent approximately $12,000 to purchase $1,000,000 in medical debt owed to Seattle-based providers. The station collaborated with a charity named “RIP Medical Debt, which locates, buys and forgives medical debt across America.”

The decision came about after KIRO reporter Jesse Jones aired a story about a woman who was struggling to afford payments for cancer treatment- treatment that was necessary for her to successfully combat cancer. Without the treatments, the woman’s prognosis was grim.

"I started thinking about my story (with cancer) and the stories of the people I see at the cancer center who I talk to everyday. I said 'Let's talk about the people who have issues, big issues with the bills that have forced them into bankruptcy, forcing them to make choices about whether to get treatment.'” said Jones.

Typically, when a patient defaults on payment to a medical provider, those bills are sent to a third party collection agency. Often, the debt is sold to the collection agency at a rate of about one cent per dollar of debt. Once a person’s account goes into collections, it can have lasting consequences, including a negative impact on their credit ratings and astronomically high interest rates.

According to a report in USA Today, the number of Americans who carry debt is extremely high, although it has declined some in part due to coverage offered by the Affordable Care Act. Unsurprisingly, medical debt is the leading cause of bankruptcy for all Americans. In 2014, for example, 40 percent of Americans accrued debt directly related to medical costs. Since 2015, 7 percent of American adults have declared bankruptcy due to their healthcare costs.

The astronomical cost of medical debt is not a surprise. In fact, it’s been a growing trend over the last three decades. According to the New York Times, “Since the late 1990s, insurance companies have been asking their customers to pay an increasing greater share of their bills out of pocket through rising deductibles and copayments. The Affordable Care Act, signed by President Obama in 2010, protected many Americans from very high medical costs by requiring insurance plans to be more comprehensive,  but at the same time it allowed or even encouraged increases in deductibles.”

Of course, since the Obama Administration, President Trump has (on multiple occasions) taken direct action to dismantle the ACA and to slash health care funding. Just this month, Trump announced his intentions for the 2019 budget.

Among other things, Trump’s budget proposes cutting $1.7 trillion in funding from the Department of Health and Human Services (DHHS), a department that oversees Medicaid. Although Trump promises to use the slashed funds to increase resources for the booming opioid crisis, which is also much needed, this is predicated on the loss of Medicaid funding. The effect of this proposed slash, should it come to fruition, would be to make medical coverage even more unaffordable for most Americans, further solidifying the growing debt problem.

We can spend all day arguing about how healthcare needs to be affordable for all Americans. The government must take direct action to combat the opioid epidemic, without slashing funding to Medicaid, a fundamentally necessary program for many Americans. Physical and mental health care should never be mutually exclusive.  It’s a problem when a news station has to take such an unapologetically generous step in order to fight the destructive nature of increasing medical debt. Our government, as well as our society, needs to do better.