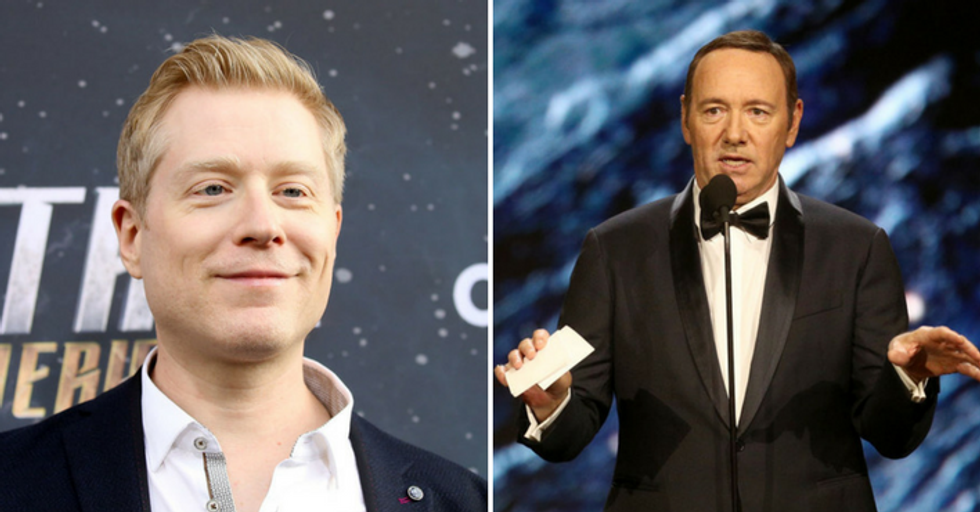 Broadway veteran and Star Trek: Discovery star Anthony Rapp came forward with sexual assault allegations against actor Kevin Spacey in an article published Sunday. The incident, which Rapp described as a sexual advance, occurred in 1986 when Rapp was 14 years old and Spacey was 26.

Rapp alleges Spacey befriended him while both performed on Broadway. He invited Rapp over to his apartment for a party. At the end of the night, Spacey picked a 14 year old Rapp up, placed him on his bed, and climbed on top of him. Rapp was able to get away and leave the apartment.

For years, Rapp told no one about his experience and never spoke with Spacey again.

My stomach churns. I still to this day can't wrap my head around so many aspects of it."

After the accusations against Harvey Weinstein sparked conversations about sexual abuse in the entertainment industry, Rapp said he felt compelled to come forward.

"And not to simply air a grievance," Rapp said, "but to try to shine another light on the decades of behavior that have been allowed to continue because many people, including myself, being silent."

…I'm feeling really awake to the moment that we're living in, and I'm hopeful that this can make a difference."

Representatives for Spacey failed to respond to phone calls, emails, and a letter detailing the allegations according to Buzzfeed News.

However after publication, Spacey posted on Twitter claiming he did not remember the encounter with Rapp. He added if he did do what Rapp alleged then he owes him the “sincerest apology” for his “inappropriate” behavior.

Spacey also took the opportunity to address rumors about his sexuality, revealing for the first time publicly that he “chooses” to “live as a gay man.”

But in a 2010 interview, Spacey refused to identify his sexual orientation, saying, “No one’s personal life is in the public interest. It’s gossip, bottom line.” His choice to reveal his sexuality now has drawn widespread criticism for the timing. Many see it as a diversionary tactic to draw attention away from Rapp's allegations.