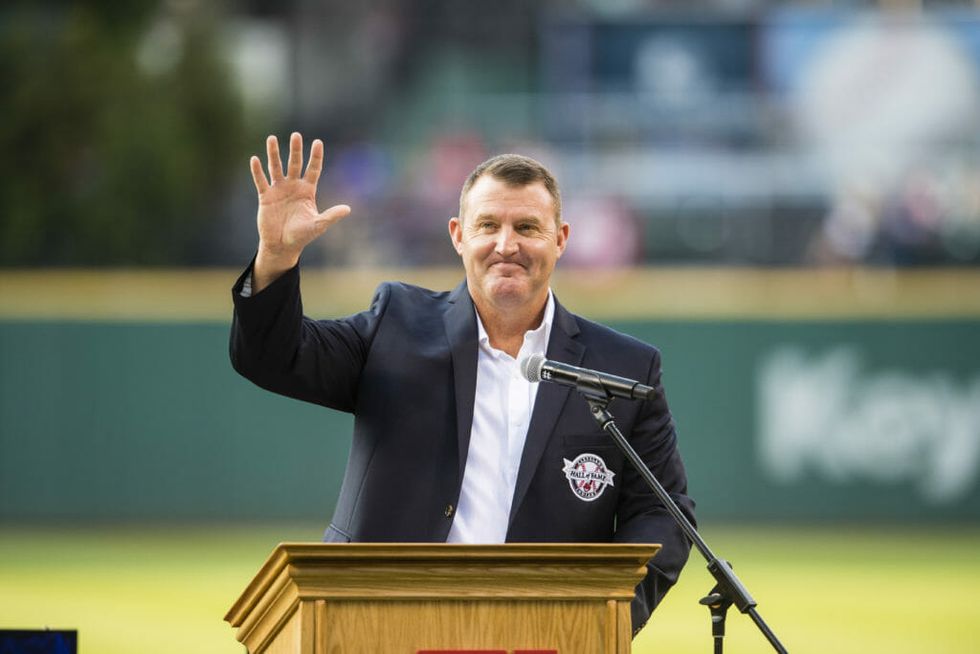 The MLB Hall of Fame ballot for 2018 is in, and Jim Thome made the list! Members of the Baseball Writers Association of America (BBWAA) have 33 Hall of Fame candidates to choose from this winter. They can vote for a maximum of 10 players they think should be honored as all-time greats. Any player who appears on 75% of the ballots will be inducted into the Hall of Fame! Those selections will be announced on January 24th, 2018. So, over the next several weeks, Second Nexus Sports will be profiling the Hall of Fame cases for many of the players on this year's ballot.

The case for Jim Thome starts with his power. His 612 homers rank 8th all-time, while his .554 career slugging percentage ties Giancarlo Stanton for 22nd among hitters with at least 2,000 career plate appearances. His .402 lifetime on-base percentage is well worth noting, too, as it ranks just outside the top 50.

Thome's peak years came with the Indians from 1995-2002. Cleveland made the playoffs in all but two of those seasons, including trips to the World Series in '95 and '97. The first baseman was worth 43.2 fWAR thanks to a whopping 304 homers, which rank fifth during that time span. All four of the players who hit more home runs than Thome during those years either failed PED tests or admitted to using them later in their careers. The fact that Thome put up clean numbers during the steroid era further elevates his status.

For the 2002 season, Thome put up a 189 wRC+ for the Indians. That figure ranked second in baseball behind Barry Bonds. He put up a mammoth .304/.445/.677 batting line and led all of baseball with 52 home runs. That performance helped Thome to earn a six-year, $85MM contract with the Phillies the following winter.

The Indians absolutely struck gold when they signed the left-handed slugger in the 13th round of the 1989 draft. It's widely believed among baseball pundits that he'll be inducted into the Hall of Fame, whether it's this year or another. My guess is that he won't have to wait; Thome is almost certain to be inducted in 2018 despite a crowded ballot.