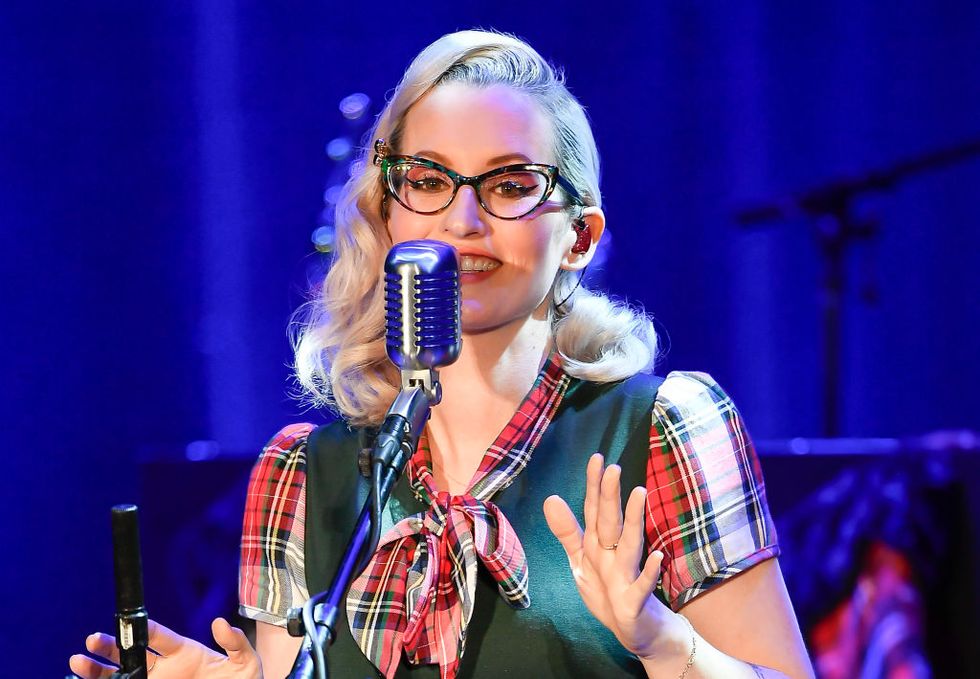 Singer Ingrid Michaelson performs on her Songs For The Seasons Tour at The Masonic Auditorium on November 29, 2018 in San Francisco, California. (Steve Jennings/WireImage)

Today while guest co-hosting Kathie Lee and Hoda, folk-pop singer Ingrid Michaelson made the announcement that she will be penning the score to The Notebook the Musical, based on the book by Nicholas Sparks and which spawned the movie that starred Ryan Gosling and Rachel McAdams. The book will be written by Bekah Brunstetter, a supervising producer for the hit television show This is Us and playwright of The Cake, which begins previews at the Manhattan Theatre Club on February 12 and opens March 5.

The musical will be produced by Kevin McCollum and Kurt Deutsch along with Sparks and does not yet have an announced production timeline... but besides all that, fans are already casting the talent for their dream The Notebook the Musical cast. Some are even hoping for a role reprisal of Gosling, who starred in the musical La La Land, which won in every category for which it was nominated at the 74th Golden Globe Awards.

Who would you like to see in the roles of Noah Calhoun and Allie Hamilton? Jeremy Jordan? Taylor Louderman? What memorable scenes are you hoping to be turned into musical numbers?

Comment below by signing up for Spot.IM to start the conversation.