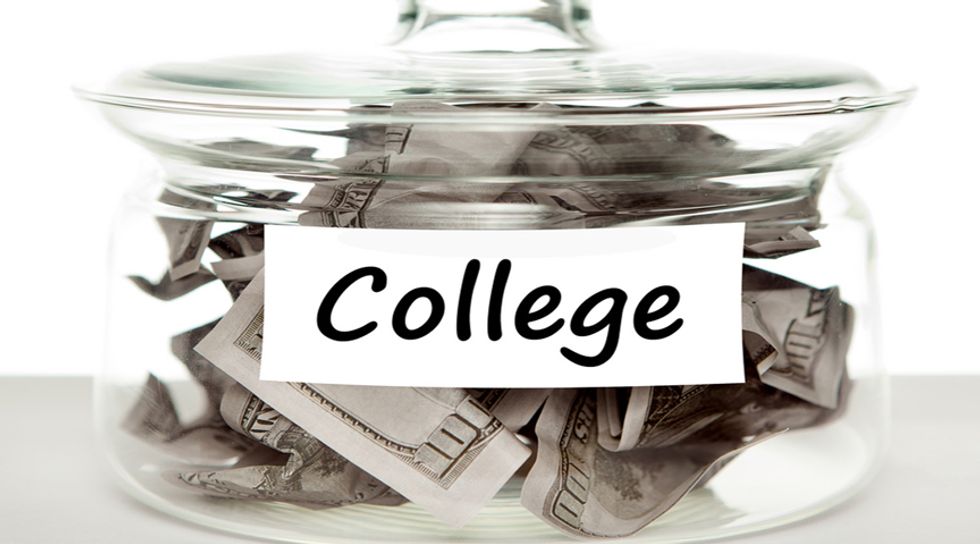 On the heels of the college affordability plans proposed by her Democratic rivals, Hillary Clinton just unveiled her own plan to help students attend college debt free. Her plan, the “New College Compact,” would provide federal dollars to states who increase their own spending on higher education.

Though details have yet to be ironed out, here’s the highlight reel:

Clinton’s proposal may be a key political move to the left for her campaign -- one that could re-energize young, college age voters and re-attract liberal Democrats who have been wooed away by Bernie Sanders. After all, the student debt crisis is pervasive: 43 million Americans have education-related debt; collectively, that debt has tripled over the past ten years, surpassing mortgages and credit card debt as the highest form of household credit.

All told, Clinton’s proposal is expected to cost roughly $350 billion over 10 years and “would fundamentally reshape the federal government’s role in higher education.” While Congressional Republicans will likely agree with the cost cutting aspects of Clinton’s proposal, her plan to pay for the bulk of the expense by limiting tax deductions for the wealthy -- something the Obama administration tried and failed to do -- would undoubtedly meet with tough opposition from the GOP. Jeb Bush has already come out against Clinton’s proposal, saying "[w]e don't need more top-down Washington solutions that will raise the cost of college even further and shift the burden to hardworking taxpayers."

Default on student debt has been steadily on the rise since the recession -- federal research shows that about one in three borrowers are at least one month delinquent -- and damaged credit scores are bad for borrowers and the economy at large. So while Clinton’s plan may be expensive, ignoring the student loan debt crisis could be even more costly to an already fragile economy.