Can You Be a Death Eater in ‘Harry Potter: Wizards Unite’? 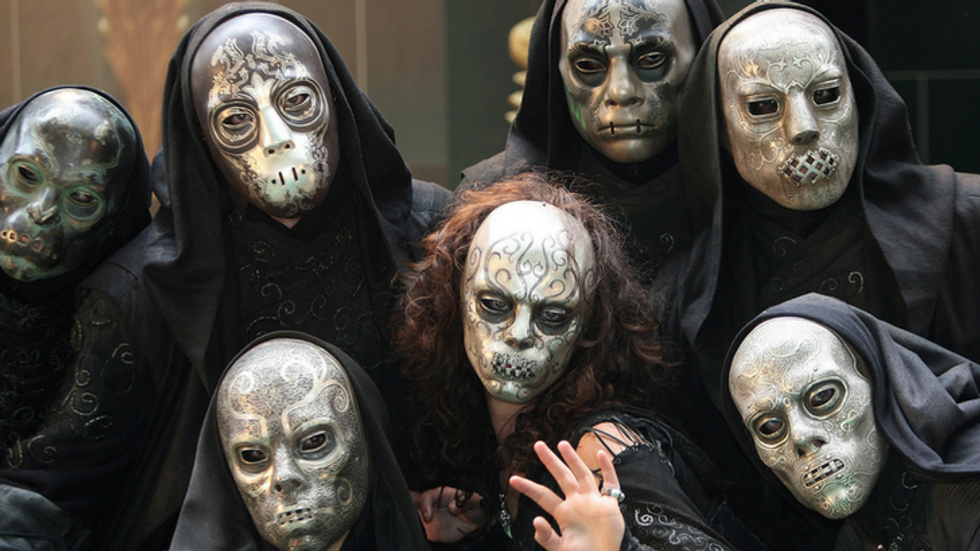 The world of Harry Potter is rife with evil and there is no doubt that these malicious forces will find their way into Niantic’s latest augmented reality romp, Harry Potter: Wizards Unite. Revolving around the Harry Potter universe, Wizards Unite will charge players with taking up their wands against legendary beasts and other dangerous enemies.

Much like in the company’s prior release, Pokémon GO, these battles will use augmented reality to come to life in the real world. Though Niantic teased an early 2018 release, the press release was otherwise uninformative and few details have since been released. The news team at Pottermore claims that players will bump "into iconic wizarding world characters," which opens up a world of possibilities. Knowing that the battle of “good vs evil” was a core element of the Harry Potter book series, it’s likely that Lord Voldemort’s malevolent followers, the Death Eaters, will make their way into the game.

The question remains, however, at what capacity the Death Eaters will be present. It’s likely that they will wind up being some of the higher-level foe players will face off against, but there’s another route that Niantic can take with them. Speculation is that players will be sorted into one of the four core Hogwarts’ Houses, much like the different teams in Pokemon GO, but what if there were another option?

Whatever sorting process Wizards Unite may use could account for players that don’t quite fit into any house. Those that wind up being a touch too evil and devious for even the Slytherin house could be categorized as a Death Eater and playing as a Death Eater could even open up some unique ways of changing the game.

It would create that “good vs evil” dynamic that every great adventure needs, but would also give Niantic’s latest augmented reality game an edge over others out there. As of the game’s announcement, Pokemon GO still hadn’t launched one-on-one battles between trainers, but Wizards Unite can give fans what they want on day one with the inclusion of playable Death Eaters.

Players that happen upon one another while playing can engage in a tense battle of spells that recreates the excitement of watching the Second Wizarding War unfold on the silver screen. Wizards that subdue enough Death Eaters could be awarded with the honor of becoming a member of the coveted Order of the Phoenix.

To be among the first to know more about Wizards Unite and whether Death Eaters will be playable, head over to the official website and sign up for e-mail notifications.