Here She Is Boys: We’ve Got The Perfect Mamma Rose For The New Gypsy Film 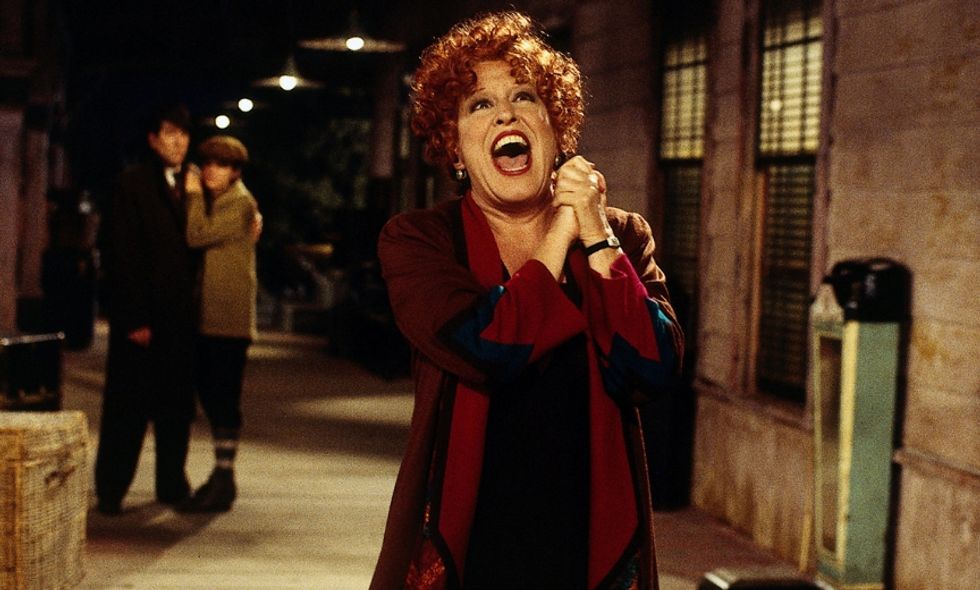 American actress and singer Bette Midler performs in an alleyway during a scene from the television movie 'Gypsy,' directed by Emile Ardolino, 1993. (Photo by CBS Photo Archive/Getty Images)

After years of being in production Limbo, the motion picture version of Gypsy appears to have a future again, withThe Marvelous Mrs. Maisel creator and writer Amy Sherman-Palladino directing and production company New Regency at the financial helm.

One of the most iconic musicals in Broadway history, the quality of any production of Gypsy rests upon the star who plays the mother of all mom-agers: Mama Rose. Legendary actresses like Patti LuPone, Bette Midler, Imelda Staunton, Bernadette Peters, and Rosalind Russel (to name a few) have previously embodied the unrelenting stage mother, so the actress tapped to lead the film would have some large shoes to fill. Here's who we think is up to the task.

We know what you're thinking: Meryl Streep as the lead in a hotly anticipated musical film? Groundbreaking.  However, the choice may seem obvious only because she'd be fierce in capturing the determination of Mama Rose. After her Oscar-nominated performance as The Witch in Into the Woods and Donna in Mamma Mia!, Meryl has experience bringing Broadway mothers to the big screen. With Meryl starring, this film iteration would get much more than 88 cents out of us.

As Wilhelmina Slater on Ugly Betty, Williams was the ultimate Diva who left everyone at Mode magazine on their toes. We're sure she'd be just as terrifyingly fierce in her embodiment of Mama Rose. Her trademark confidence and stage presence would be as irresistible as egg rolls to Mr. Goldstone.

"Though she be little, she is fierce." Shakespeare may have written this centuries before Kristin Chenoweth's birth, but he could just as easily have been referring to this 4'11" bundle of dynamite. Having originated roles like G(a)linda in Wicked, Chenoweth is an expert of playing unyielding determination under a sugary-sweet, almost devious, veneer.

A master of intensity since the beginning of her career, Glenn Close would add a fearsome layer of hunger to her portrayal of Mama Rose. Having played the waning silent film star Norma Desmond in two Broadway productions of Sunset Boulevard, we're sure she'd be a natural at playing the mother who longs for stage lights of her own.

Though widely known on the big screen from films like Collateral and Bad Moms, Pinkett Smith is also the frontwoman of the metal band Wicked Wisdom. She has a stunning voice with a belt to boot. We can think of no better occasion for her acting talents to merge with her vocal prowess. We're sure she'd bring the house down with her interpretation of Rose's most iconic songs.

Who did we miss? Let us know in the comments!