What Is the Grey Cup? 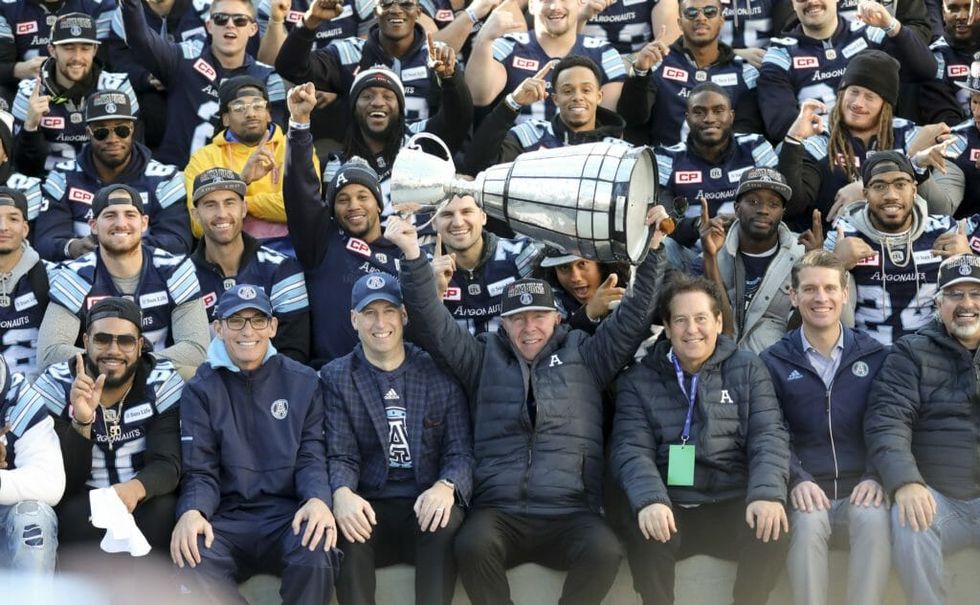 TORONTO, ON - NOVEMBER, 28 Larry Tanenbaum, representing the owners of the Argos hoists the cup (Richard Lautens/Toronto Star via Getty Images)

The Grey Cup trophy itself was made in the year 1909, originally intended for the senior amateur hockey championship. It was instead given over to the CFL, and has now been a signature of the league for the past 105 years. Despite being broken on multiple occasions, stolen twice since its creation and even held for ransom at one point, the grand silver chalice still stands tall with the winner of the Grey Cup championship each year.

Who won the most recent Grey Cup?

On Sunday, November 26th, 2017, the Toronto Argonauts defeated the Calgary Stampeders. The final score was 27-24. The victory is the Argonauts' 17th Grey Cup title since the league was formed in 1909. Argonauts quarterback Ricky Ray kept his team within striking distance throughout the game, paving the way for defensive back Cassius Vaughn to tie the game with a 109-yard fumble return touchdown in the final five minutes of the game; the Argonauts were successful in their two-point conversion attempt. Kicker Lirim Hajrullahu made the game-winning field goal, stunning the Stampeders with just under a minute to go.

With the victory, Toronto mayor John Tory won a bet with Calgary mayor Naheed Nenshi. Nenshi must now make a small charitable donation and wear an Argonauts jersey at his next city council meeting. He must also send Tory a six pack of local craft beer.

Calgary won both games against Toronto during CFL's regular season. They outscored the Argonauts by a combined 33 points during those games.