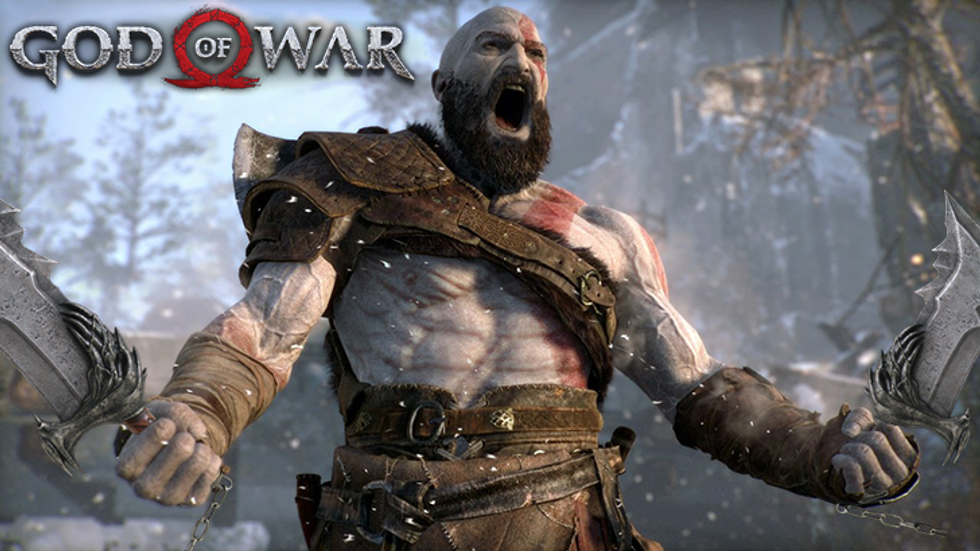 With the reveal of SIE Santa Monica’s God of War came the realization that the old Spartan warrior had ditched his staple weapons in favor of a mystical broadaxe. Five years have passed since Santa Monica Studio’s developed the polarizing God of War prequel, Ascension, and based on footage of Kratos’ Nordic adventure, it’s quite clear the series has changed quite a bit in that time.

Favoring an over-the-shoulder view and tighter combat, God of War (2018) isn’t just a retread of familiar territory. It’s a completely original experience fit for the series' return and new setting. Though gameplay elements have changed and more RPG staples will broaden the experience, that doesn’t mean everything gamers have grown to love about the vengeful warrior has to be different. He may have a son, but deep down, he’s still the same man that tore through Olympus, and it’s possible that some elements from his romp through Greece will return.

According to a leaked trophy list that released one day before the review embargo ends, God of War fans may be seeing the return of a series staple. One trophy, titled “Hello, Old Friend,” is earned when players “Retrieve the Blades of Dragon.” While Kratos never donned anything with such a name, his principal weapons throughout the series always started with “Blades of…” Variations included the Blades of Chaos, Blades of Athena, Blades of Hades, and Blades of Exile. Kratos’ very first blades, the Blades of Chaos, were forged by the God of War, Ares, and were bestowed upon the Spartan after he pledged his life to the god.

While the Blades of Dragon may be something completely different, further down that trophy list is one titled “Why Fight It?”, which players earn when they “Fully upgrade the Blades of Chaos.” It does seem like the former God of War will be reunited with his old friends at some point along his journey and, based on the trophy name, it doesn’t sound like it’s a reunion he’s initially happy about.

For all those who Love #GodofWar, I give you the Blades of Chaos. A gift for my brother, who has always enjoyed the… https://t.co/fciUiJAlLk
— John Caperna (@John Caperna) 1522716622.0