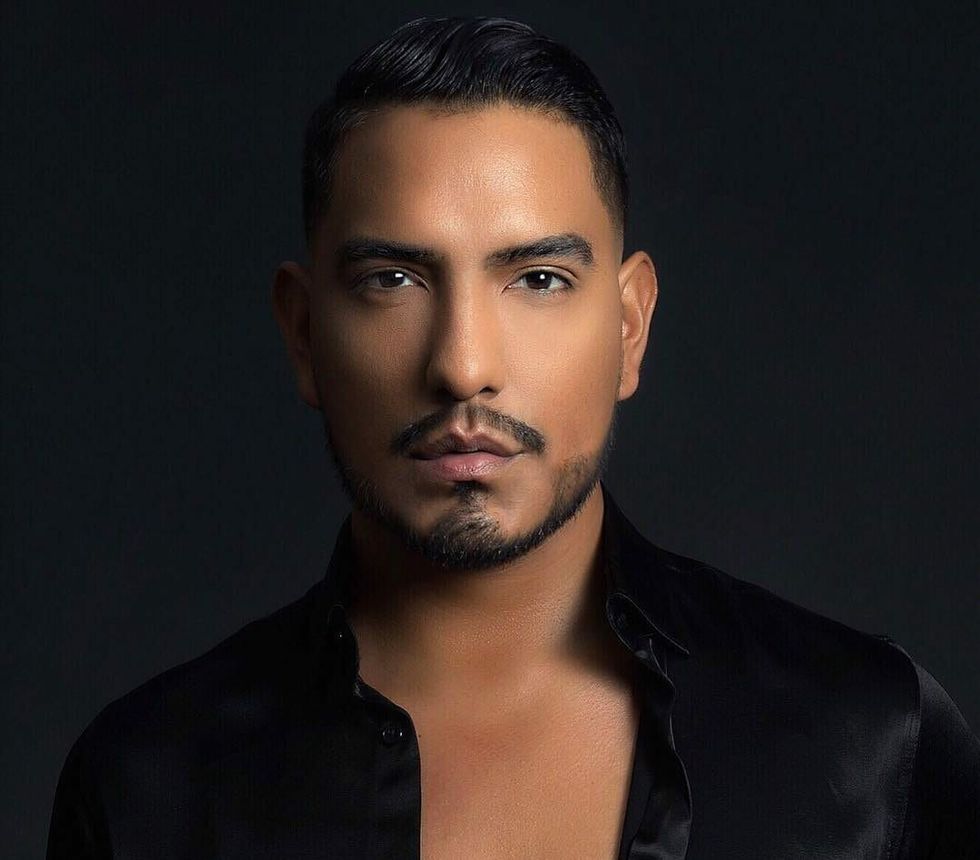 Alexx Mayo is heading to the semi-final in the competition to win the ultimate prize: a collaboration with Kim K’s beauty line KKW Beauty. Read on for everything to know about Glam Masters' Alexx Mayo.

Who is Alexx Mayo?

Alexx Mayo is an artist who began his career with the traditional mediums of painting and drawings. As he explored facial structure and muscles in his study of art, he experimented with photography. Quickly, he grasped how to emphasize bone structure with lighting and camera work and expanded to makeup.

Now Alexx Mayo is a successful makeup artist with experience in retail cosmetics. He emphasizes his experience working with women of every skin tone, age, and background.

Over the years, Alexx Mayo has developed an extremely loyal client base. These customers led him to expand his portfolio. Especially as he worked with TV personalities and photographers. After winning his first ad campaign Alexx moved to LA where he found amazing commercial success. Alexx won campaigns with the likes of Danhov Jewelry and the colorful hair dye company, Manic Panic NYC.

In addition he worked to craft looks backstage at LA Fasion Week for brands like Impulse by Nicole Richie. As a result of his determined and hardworking soul, Alexx Mayo relishes a new challenge. He believes that “every face has a different story to tell" and that “life is too short to do the same makeup twice.”

On the show Alexx Mayo is known for his bold and edgy looks bursting with creativity. By emphasizing bone structure he plays with shapes of eyebrows, and cheekbones.

His fans are rooting for him and are eager to see what he'll bring to the Semi-Finals of Glam Masters!

I’m mesmerized by #GlamAlexx’s look. It’s like his model is not human but like an alien hybrid. I’m getting the fut… https://t.co/NgJBQPATs7
— Jillian Mireles (@Jillian Mireles) 1521698057.0

Want to learn about the other contestants?

Check out everything to know on Julia Dantas, Stephanie Valentine (Glamzilla), Bryan Mendez, and Argenis Pinal.