After Georgia Passed a Radical Anti-Abortion Bill, Hollywood Is Threatening to Boycott, and a Democratic Governor Has a Plan for Where They Can Shoot Instead 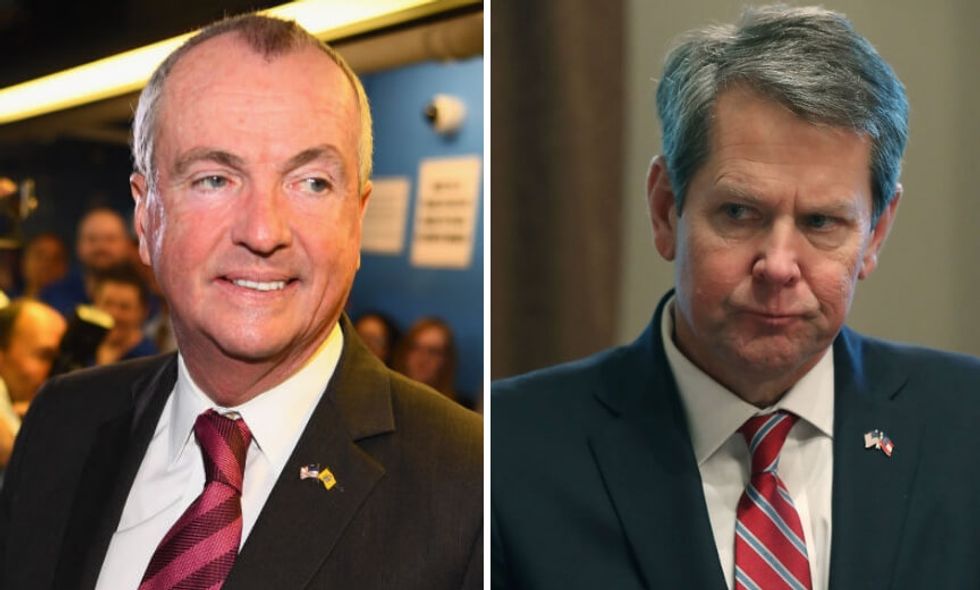 Despite promises of a boycott from denizens of the film industry, Georgia's H.B. 481—which would ban abortion in the state after only six weeks—is headed to the desk of Republican Governor Brian Kemp, who is expected to sign the legislation into law.

Georgia is the most popular filming location in the United States and the second most popular in the world, with the film industry pouring billions of dollars into the state's economy each year while reaping the benefits of its generous tax incentives in exchange. That revenue is expected to diminish once Kemp's pen hits paper.

Now, New Jersey's Democratic Governor, Phil Murphy, is trying to divert the business to his state.

New Jersey already provides financial incentives designed to bring filmmakers to the state, but it's likely that Murphy would sweeten the deal even more.

"The interest in filming here is at an all-time high for many reasons, including the state's location diversity, its proximity to New York and the professional support you'll receive from the New Jersey Motion Picture and Television Commission. We are here to help. Whether you are still considering New Jersey or have already decided to shoot in our state, you'll get red carpet treatment."

Many New Jersey residents are already on board.

@GovMurphy @FirstLadyNJ I love to work in New Jersey and so does everybody I work with
— Whisperer (@Whisperer) 1554138691.0

Meanwhile, Kemp is facing backlash at the possibility that the H.B. 481 will send Hollywood packing—along with thousands of job opportunities for Georgians.

It's unclear just how impactful the bill will be on the film industry's willingness to work in the state, but it seems to spell bad news for Kemp.