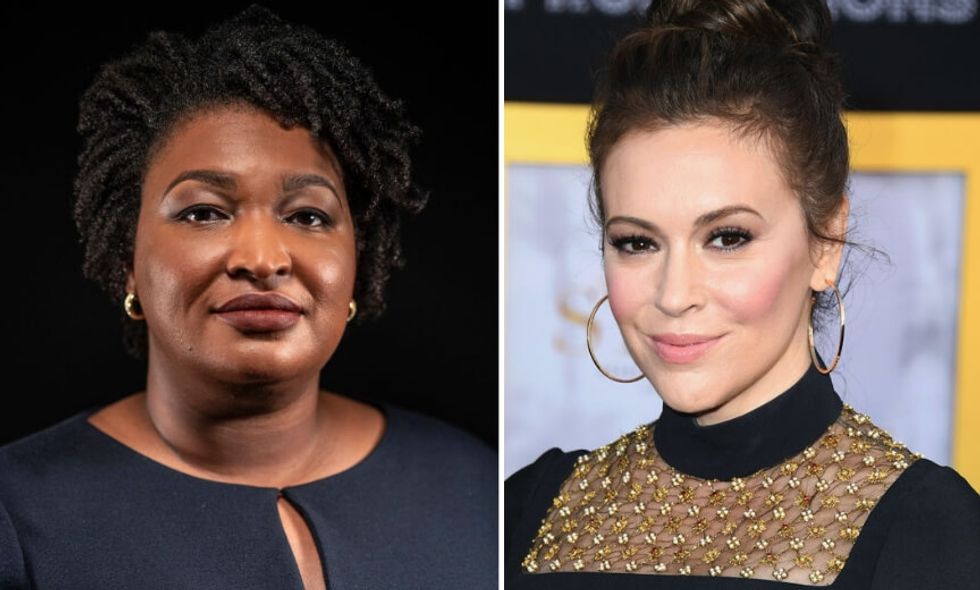 With sweeping tax credits provided to film and television productions that spend more than $500,000 in the state, Georgia is the second most popular filming location in the world and number one in the United States.

It's likely you've seen the state onscreen in productions like The Walking Dead and Black Panther. In 2017, film and television productions brought nearly $10 billion in spending to the state.

After a push from Georgia's Democratic nominee for governor in last year's election, Stacey Abrams, denizens of the film and television industry are threatening to boycott filming in Georgia should the state pass House Bill 481.

Effectively, the bill would ban abortion at the presence of a fetal heartbeat. These heartbeats normally occur around six weeks after conception—before many women even know they are pregnant.

Fifty actors have signed an open letter to Georgia's governor Brian Kemp and Speaker of the House David Ralston, which states in part:

"We cannot in good conscience continue to recommend our industry remain in Georgia if H.B. 481 becomes law."

Actor and activist Alyssa Milano delivered the letter via Twitter on Thursday.

The letter is signed by notable actors like Sean Penn, Laverne Cox, Debra Messing, Amy Schumer, Alec Baldwin and others.

I trust women to make their own decisions about their bodies, their lives, and their futures. Politicians have no p… https://t.co/XMp0XSzPZV
— Gabby Sidibe (@Gabby Sidibe) 1553262948.0

But it's not just actors speaking out.

The Writers Guild of America has also spoken out against the bill.

As well as a bevy of others.

Women could be imprisoned for the use of drugs--even legal, prescribed drugs--while pregnant. This bill is moving w… https://t.co/UDF7zXz6VE
— ilyse hogue (@ilyse hogue) 1553530064.0

H.B. 481 has passed a Georgia House committee. Action is needed.

Let Georgia legislators and Governor Brian Kemp know what you think using the hashtag #HB481IsBadForBusiness. Contact information for Georgia officials and scripts expressing opposition to the bill (as well as other issues) are available here.

Update: The Georgia House of Representatives passed House Bill 481. It will now be sent to the desk of Republican Governor Brian Kemp, where he is expected to ratify it.