Somehow Adding Donald Trump to the Trailer of Jordan Peele's 'Us' Makes It Even More Terrifying, and We Can't Look Away 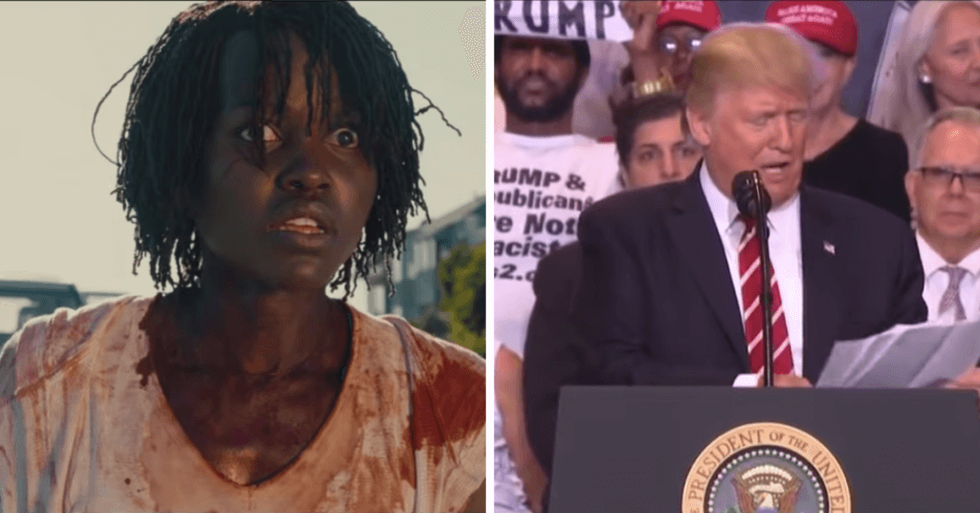 There's a moment in Jordan Peele's social horror film Us when Adelaide Wilson (Lupita Nyong'o) asks her doppelganger Red (also Nyong'o) who she and her family of "others" are. Red's response––"We are Americans."––is on the nose, but nonetheless prescient.

That line no doubt inspired Funny or Die's parody trailer that imagined what the film, already a statement on the demonization and confinement of the lower classes from members of the entitled upper echelons, would look like if it took place at President Donald Trump's Mar-a-Lago resort rather than the deceptively carefree Santa Cruz boardwalk.

It appears to have struck a nerve...

You can watch the original trailer and compare notes here:

Trump’s history of racial animus is well documented. A few examples, all of which have galvanized white nationalists throughout his presdiency, are listed below

Land reform––more specifically “land restitution”––was one of the promises made by the African National Congress when it came to power in South Africa in 1994, in response to the Native Lands Act of 1913. which “prohibited the establishment of new farming operations, sharecropping or cash rentals by blacks outside of the reserves” on which they were forced to live. White nationalists have claimed that the movement has sparked a “genocide” against white farmers who’ve opposed redistributing lands.

The president denied that he or Sessions had anything to do with the policy, even as he admitted that the policy was a negotiating tool to get Democrats to cave to his demands (which include tougher border security as well as a wall erected along the nation’s southern border).

The president’s racially charged statements have prompted commentators such as CNN’s Don Lemon, whom Trump once derided as “the dumbest man on television,” to observe that he “divides by race and tries to conquer decency by smearing and besmirching the truth.”