Why Flight Attendants Might Be Our Last, Best Chance to Stop Human Trafficking 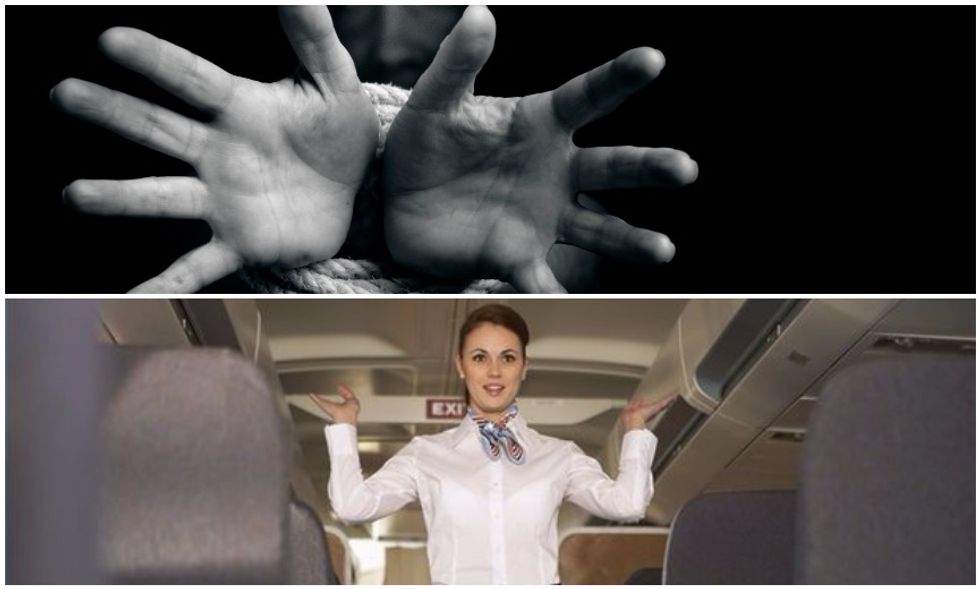 Shelia Fedrick had that feeling in the pit of her stomach. Something was off.

Fedrick, a flight attendant for Alaska Airlines, noticed the teenage girl in aisle 10 on a flight from Seattle to San Francisco. Her blond hair was greasy and she “looked like she had been through pure hell.”

Also suspicious—she was traveling next to a notably older well-dressed man. When she tried to talk to them, the man became defensive.

Suspecting something was amiss, Fedrick left a note for the girl in the plane’s bathroom. “She wrote back on the note and said ‘I need help.’”

Fedrick told the pilot her suspicions. When the flight landed in San Francisco, police were waiting in the terminal.

This incident, which took place in 2011, ends well. The girl, who keeps in touch with Fedrick, is now in college.

But many victims don’t have a happy ending.

The impact on the victims of human trafficking is severe and ongoing. They often face long-lasting physical and mental abuse, and are at higher risk of drug addiction and of developing HIV/AIDS and other sexually-transmitted diseases.

Yet victims are often afraid, or unable, to leave. That’s why having “eyes in the sky” is an important tool in fighting human trafficking.

“We just did it on our own as a public service because we had the front-line personnel,” said Rivard.

The program is volunteer-only. Flight attendants are paid in free miles.

The program teaches flight attendants learn to look for warning signs, like passengers who seem frightened, ashamed or nervous; children traveling with someone who does not appear to be a relative; or passengers who look bruised or battered. They are also taught to look for someone who insists on speaking for the victim or appears otherwise controlling.

“If someone is being held against their will, then a crime is being committed inside my airplane,” said Rivard. “So it’s my responsibility to make sure that these people—whose lives are in my hands while they’re on board my aircraft—are safe.”