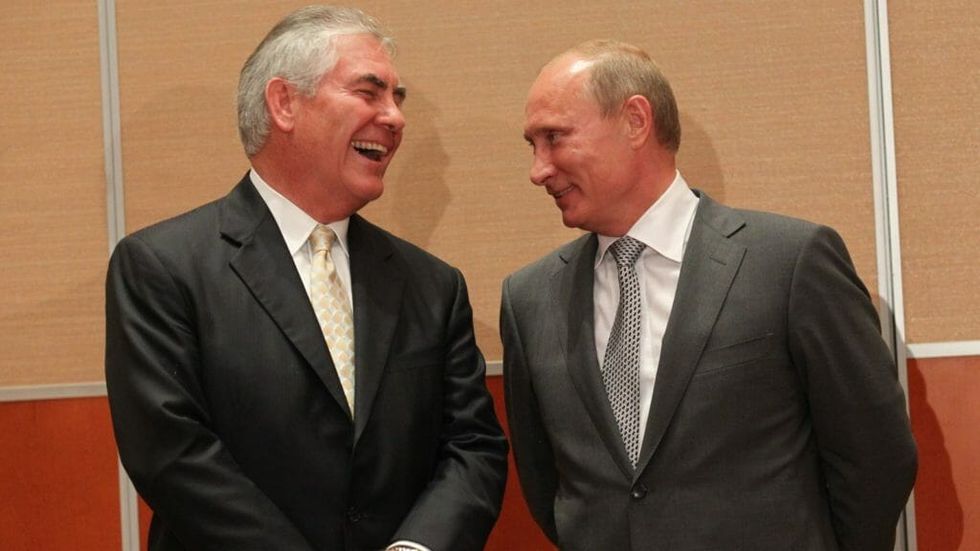 Exxon Mobil has asked the Trump administration for a waiver excluding them from Russian sanctions. They would use the waiver to continue with plans to work with the Russian government oil company, Rosneft, to drill in the Black Sea.

The request is raising questions. The original project began back when Secretary of State Rex Tillerson was the CEO of Exxon Mobil. During his tenure as CEO, Tillerson received the Russian Order of Friendship from Vladimir Putin for his role in forging the agreement.

Exxon first applied for a waiver in 2015, but was turned down by the Obama administration. The sanctions were in place against Russia after its invasion and annexation of the Crimea, which is part of Ukraine. The sanctions forbid, for example, U.S. companies from working with the head of Rosneft, Igor Sechin, because of his ties to Putin. Additionally, the Obama administration was concerned about cutting-edge technologies Russia might acquire through a partnership with a company like Exxon Mobil.

Exxon previously was granted a waiver in 2014 for the completion of a well that was already under construction. Exxon had requested the waiver on the ground that leaving the well incomplete would be a safety hazard. The request made this week, however, is based on how it would improve Exxon's profitability, instead of on humanitarian, environmental or U.S. interests. The company faces up to $1 billion in losses if the deal is not completed, which would entail beginning exploration by the end of the year.

The State Department will be involved in the Treasury Department's decision to approve or deny the waiver. Tillerson has recused himself from any decisions involving Exxon for the first two years of his tenure as Secretary of State.

between Russia and the Trump campaign. Representative Adam Schiff, the Democrat who has taken the lead on pushing for a complete investigation, responded to the Wall Street Journal's report in a statement, saying "The Treasury Department should reject any waiver from sanctions which would allow Exxon Mobil or any other company to resume business with prohibited Russian entities. Until Russia abides by the Minsk accords and ends its illegal occupation of Crimea, the only changes to sanctions should be their intensification, not their dilution."

Democrats are not the only ones raising questions. In a tweet, Senator John McCain expressed his shock at the move.

Last year, when Trump was asked specifically about these sanctions, he replied, "If we can make a great deal for our country and get along with Russia, that would be a tremendous thing. I would love to try it."

But now, Trump and his administration must make this decision in a climate of questions and suspicion related to any contact between them and Russia. In recent days, Trump has reversed himself on many of the promises he made during the campaign. Thus far, however few of those choices go in the face of larger corporate interests.