Fox News Broke Into Donald Trump's Environmental Speech to Fact Check It Live On Air, and They Didn't Hold Back 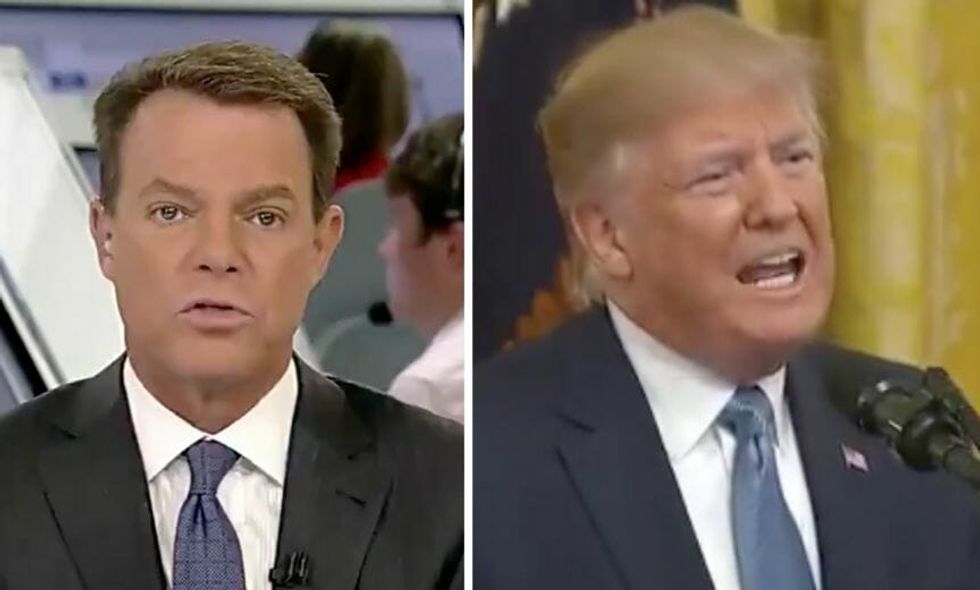 President Donald Trump's favorite network, Fox News, often hesitates to correct the president on his incessant lies. In fact, the network all too often helps perpetuate them.

But when Trump took the podium for a speech on the environment on Monday, the network took the extraordinary step of fact checking the president live on air.

As Trump touted all the so-called improvements made by his administration in the area of environmental policy, Fox News anchor and Trump critic Shepard Smith cut into the speech to list all of the green regulations slashed by Trump, including endangered species protections and water quality regulations.

Smith pointed out that

"The administration withdrew requests for oil and gas companies to report methane emissions data, it loosened decades old rule designed to limit toxic emissions from major industrial polluters, it stopped enforcing a 2015 rule that would've phased out the use of hydrofluorocarbons..."

The administration also removed clean power plans that would have limited the use of coal and it sought to weaken Obama-era fuel economy standards.

People were pleasantly surprised that Fox News was willing to dispute the president's narrative rather than acquiesce to it, and only days after Trump railed against the network on Twitter for its weekend coverage.

@SenatorHassan @ShepNewsTeam @FoxNews Thank you Shepard Smith for telling it like it is. Your integrity says a lot… https://t.co/d6d61RWhSm
— Lise Courtois (@Lise Courtois) 1562670971.0

Smith wasn't the only one to point out Trump's reckless environmental policies in the time of a worldwide climate crisis.

Very clear that Trump people have polling that shows that people care A LOT about clean air and water ,which is why… https://t.co/DJhuJatstt
— Chris Hayes (@Chris Hayes) 1562614446.0

In addition to lying about water quality and rolling back crucial regulations, Trump backed out of the Paris Climate accord—the landmark international agreement designed to offset the climate crisis—in 2017.