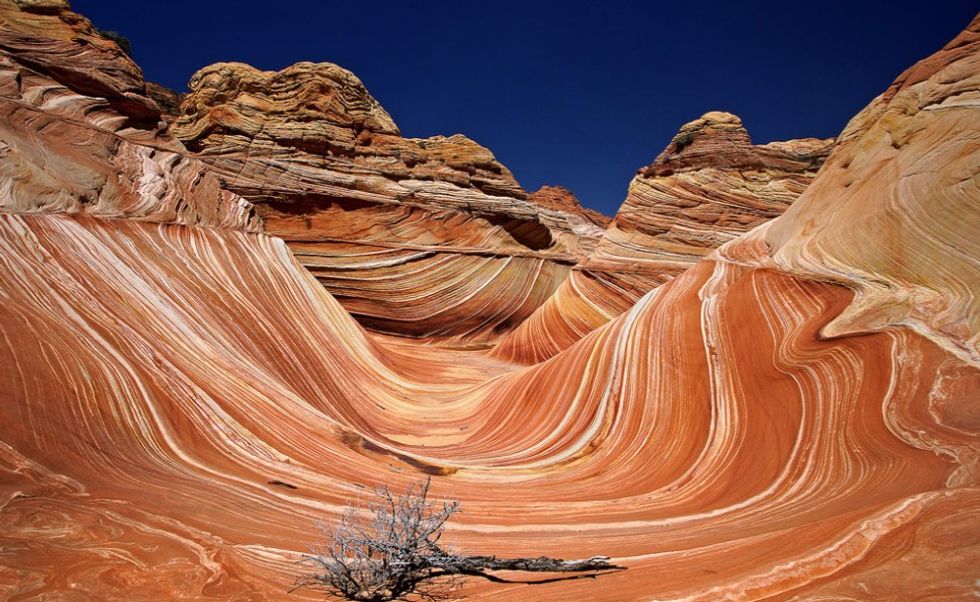 The White House said last month the president would travel to Utah to make an announcement on Interior Secretary Ryan Zinke’s recommendations to change the monuments. President Trump ordered a review of all national monuments designated under the Antiquities Act going back to 1996, a time period that included President Bill Clinton’s naming of the Grand Staircase-Escalante.

Environmentalists and tribes have said they will seek legal action to stop any changes, which they don’t believe the president can do under the 1906 Antiquities Act.

“The tribes view this as an affront to themselves and their own self-determination,” said Natalie Landreth, senior staff attorney for the Native American Rights Fund.

All of us, all five tribes, will be suing jointly the day he makes an announcement.”

The Hopi, Navajo Nation, Ute Mountain Ute Tribe, Pueblo of Zuni and the Ute Indian Tribe  make up the Bears Ears Inter-Tribal Coalition that advocated for the monument. Which federal court the lawsuit will be filed in is undetermined, said Landreth, but it would be about violating the Constitution’s separation of powers.

Trump’s planned visit sparked immediate reactions by conservationists, who, along with tribal leaders, begged for protection of the Bears Ears area for decades.

This illegal action will cement Trump’s legacy as one of the worst presidents in modern history.”

“Trump has no clue how much people love these sacred and irreplaceable landscapes, but he’s about to find out. He’s shown his blatant disregard for public lands, Native Americans and the law. We look forward to seeing him in court,” said Randi Spivak, public lands program director at the Center for Biological Diversity.

The Center for Western Priorities called Trump’s move the largest rollback of protections for lands and wildlife in U.S. history.

The president is capping his celebration of Native American Heritage Month by opening the door to new drilling and mining on land considered sacred by tribal nations.”

“After his appalling remarks at the White House on Monday, President Trump’s assault on tribal interests continues at a staggering pace,” said the group’s executive director, Jennifer Rokala.