Rainforests Are Supposed to Absorb Carbon and Emit Oxygen—So Why Aren't They?

Tropical rainforests are emitting more carbon than they take in due to deforestation and loss of crucial biodiversity. 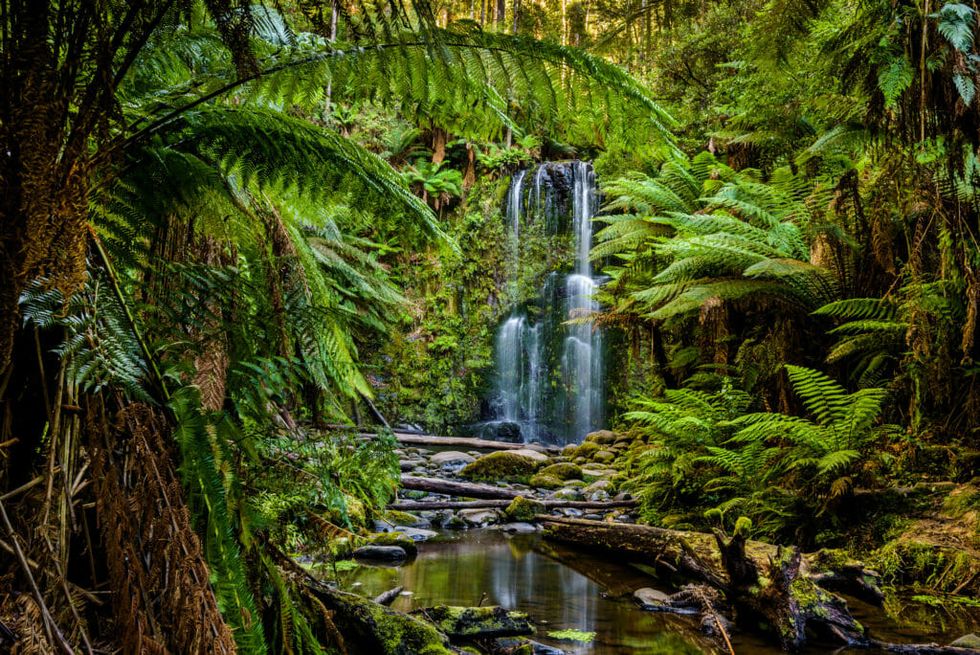 We learned in elementary school that trees are good for the atmosphere because theytake in harmful carbon dioxide (as well as carbon monoxide and sulfur dioxide) and release oxygen. Rainforests, those dense, rich, species-diverse forests, have historically been so good at this, they’ve been dubbed “the lungs of the planet.” Tropical forests store carbon,known as carbon sequestration, in their stems, leaves and roots, rather than releasing it to the atmosphere where it contributes to global warming and climate change. Unfortunately, these natural lungs appear to be losing their function, releasing more carbon dioxide into the atmosphere than they take in, according to anew study in the journal Science. Given that tropical forestsstore 25 percent of the global carbon and are home to 96 percent of the world's tree species, this new research reveals a potentially huge impact.

After analyzing satellite imagery of Asia, Africa and the Americas, researchers determined that deforestation, in which forests are torn down and replaced with urban spaces, farms or roads, is stealing the atmosphere-purifying power of these forests. However, it’s not just the sheer loss of numbers of trees that are responsible for the shift, the researchers say, so much as it is a decline in diversity of the kinds of trees that remain.

A2015 study in the journal Global Ecology and Biodiversity found that there are good ecological reasons why biodiversity matters when it comes to carbon uptake. Lead author Professor Lourens Poorter said: "Ecological theories indicate that species richness can enhance carbon uptake; species have different strategies to acquire and use resources, and they are therefore more efficient together.” A multitude of tree species allows for a variety of responses to climatic fluctuations, he said, “which means that a high biodiversity buffers the carbon uptake and storage of the ecosystem against climatic variation.

Even forests that appear to be thriving are seeing diversity loss caused by logging, changes to their environment, wildfires and other diseases.

The most common causes of deforestation and severe forest degradation, according to theWorld Wildlife Fund (WWF), which advocates for declining forests and the creatures that inhabit them, “are agriculture, unsustainable forest management, mining, infrastructure projects and increased fire incidence and intensity.

In addition, road building has “a large indirect effect” by making forests accessible to settlers and agriculture. In addition, poor forest management and unsustainable methods at collecting wood for fuel create a "death by a thousand cuts" form of deforestation, WWF describes.

While deforestation is fairly easy to spot on a satellite image, the loss of diversity is not so evident to the naked eye (or lens, for that matter),according to lead study other Alessandro Baccini, a forest ecologist and remote sensing specialist at the Woods Hole Research Center in Falmouth, Massachusetts. This “degraded forest,” as they call this, stores less carbon biomass, however.

The data is more than alarming to him. “Forests are the only carbon capture and storage 'technology' we have in our grasp that is safe, proven, inexpensive, immediately available at scale, and capable of providing beneficial ripple effects—from regulating rainfall patterns to providing livelihoods to indigenous communities."

“Carbon density is a weight,” Baccinisaid. “The problem is that there is no satellite in space that can give an estimate of weight.”

Study co-author Wayne Walkersaid, "It can be a challenge to map the forests that have been completely lost. However, it's even more difficult to measure small and more subtle losses of forest.”

Baccini and his colleagues had to create their own way to measure this carbon density. They did so by re-calibrating satellite images of the tropics using observations made in the field as well as NASA Light Detection and Ranging Data, or lidar. Next, they designed an algorithm that compared 500-meter-square sections of land from the images for every year between 2003 to 2014. This allowed them to determine carbon density gains and losses.

They found that tropical forests are putting 862 teragrams of carbon back into the atmosphere annually, which is more than carbon from all the cars in the United States in 2015. Sadly, the same forests only absorbed and absorb 436 teragrams of carbon annually. Of that total, they determined that a whopping 69 percent of that released carbon is a result of degraded forests with the smaller remainder coming from deforestation.

Approximately 60 percent of these tropical emissions are coming fromLatin America, where the Amazon rainforest has experienced significant damage in recent years. Africa is responsible for another 24 percent, and and Asia, 16 percent.

What’s surprising is that not all of this loss is a result of large-scale agriculture or development. “In many cases throughout the tropics you have selective logging, or smallholder farmers removing individual trees for fuel wood. These losses can be relatively small in any one place, but added up across large areas they become considerable," Walker said.

While these results are alarming, there’s room for optimism, said Walker. “Forests are low-hanging fruit. Maintaining forests intact, and attempting to restore forests where they might have been lost, is relatively straightforward and inexpensive,”he said.

However, terrestrial ecosystem scientist Joshua Fisher of NASA’s Jet Propulsion Laboratory in Pasadena, California, is not entirely sold on the validity of this study, according toScience News. He notes that this forest biomass study doesn’t align with other atmospheric observations of carbon emissions from tropical forests, which he claims still show that the forests are taking up more carbon than they are emitting overall. He suggests this may be that the new study is only looking at forest biomass aboveground, and not looking at what soil can absorb.

“It’s a good first step for future analyses,” he added.

Nancy Harris, the research manager of the forest program at the World Resources Institute in Washington, D.C., sees this as a wake-up call in the best sense of the phrase. “We’ve known for a long time that forest degradation is happening, but haven’t had a good way to measure it,”Harris toldScience News. “This paper goes a long way to capturing it in an empirical way.”

The road back from deforestation is a complex one,say researchers, which requires a combination of research, education, policy changes, monitoring and economic changes to support poor communities where people don’t realize they’re doing damage by burning trees for fuel.

Hopefully this new data helps inspire some changes. As The Independentreports, climate scientistshave suggested that merely “ending deforestation and degradation in the tropics could reduce global carbon emissions by 8 percent.”

Given the scale of the climate problem the planet faces, as the global temperature hovers barely below the precipice of the 2 degrees Celsius that climate scientists consider the no-turning-backtipping point, even 8 percent could make a big difference.