It turns out Octopi are the Real X-Men

A four-year-old octopus may be smarter than a four-year-old child, depending on how you define intelligence and adaptability. Tool use, forethought, reasoning and puzzle-solving skills have all been observed in elephants, chimpanzees, dolphins, birds and octopi.

In the class of Cephalopods, from the Latin “head-foot,” octopi are able to solve puzzles and mazes, open jars, steal things, hide from predators, squirt ink, communicate with color, recognize faces and play with toys.

This intelligence seems to come from their unique evolution. Scientists recently discovered that octopi, along with some squid and cuttlefish species, routinely edit their RNA (ribonucleic acid) sequences to adapt to their environment.

When a multicellular animal adapts, genetic mutations typically take place in the DNA (deoxyribonucleic acid). This genetic material, present in every cell in the body, is then translated by RNA producing a protein that is modified so the animal can be more heat resistant or a different shade of brown or sing louder, as needed. This is how animals evolve and survive in their changing environment. If DNA is like an orchestra conductor, RNA is the musicians producing sounds that go together in a particular way creating a song. But RNA doesn't always follow the conductor; occasionally it improvises. This alters which proteins are produced in the cell. In most animals, this process is called RNA editing. 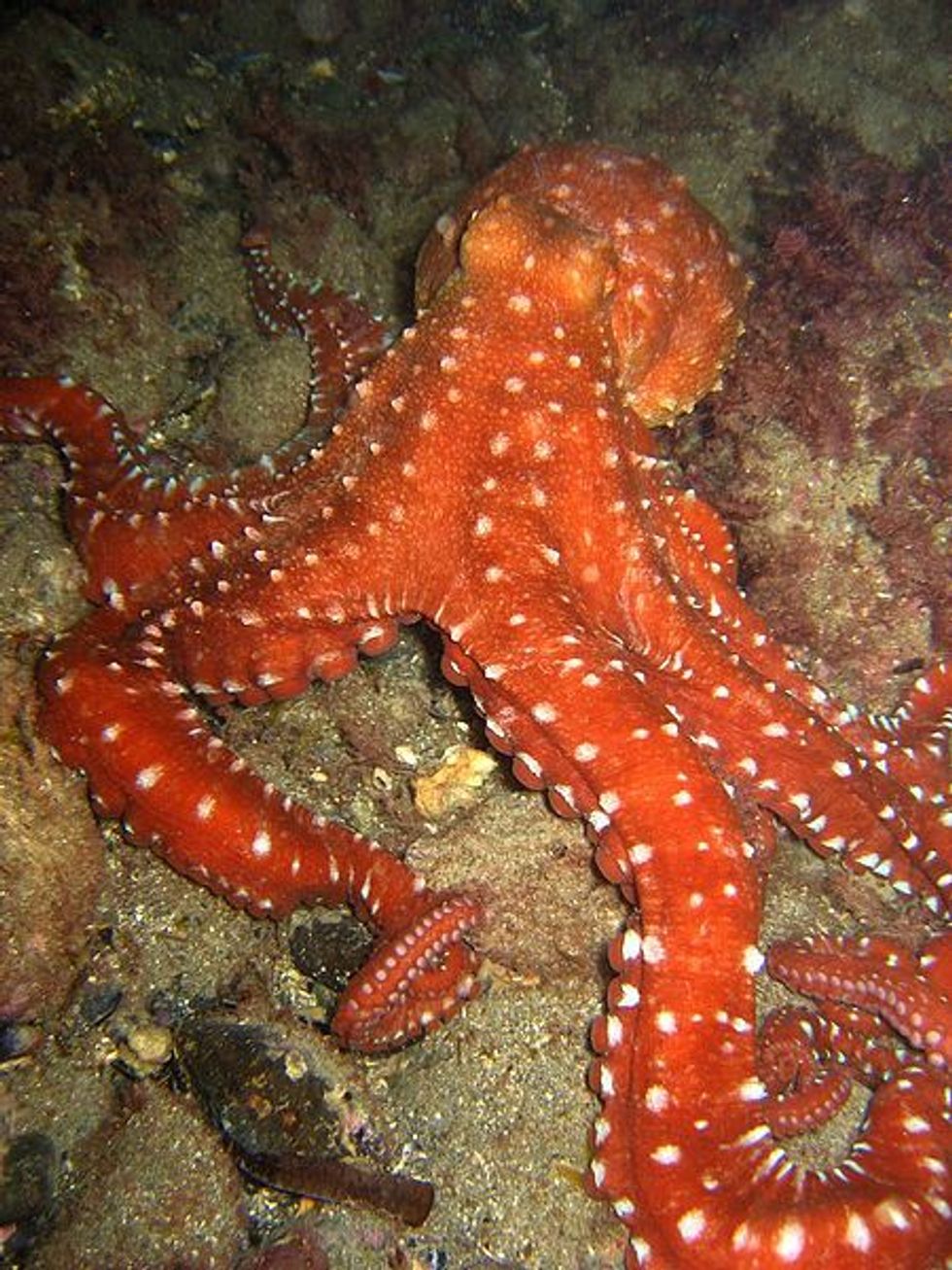 Octopi do it differently.

In a collaborative study between marine and brain science labs in the United States, Israel and Puerto Rico, Joshua Rosenthal, a neurobiologist at the Marine Biological Laboratory in Wood Hole, Massachusetts, and his colleagues found a trade-off in octopi. Their RNA editing gives them the ability to diversify brain proteins to adapt to environmental changes quickly, but they have lost some ability to evolve genetically over time.

One of the reasons octopi can learn to play with toys and escape predators is that over their evolutionary history tens of thousands of RNA-edited sites have been conserved. The editing is particularly enriched

in the nervous system giving them an advantage over other sea creatures. But the large number of RNA-edited sites greatly reduces the number of mutations and genomic diversity in protein-coding regions.

Where the genetic material of humans, insects, and other multi-celled organisms is like a Shakespearean play that has retained much of its essence over the past 100 years, the octopi genome is more like improv, where the audience or environment suggest words for the actors to incorporate. With the new octopi information, researchers can better understand the advantages and disadvantages of different forms of RNA editing.

RNA editing disturbances have been tied to schizophrenia, a genetically related mental illness, in which the majority of genetic alterations occur in the non-coding regions of the human genome. Researchers focused on the schizophrenia-related RNA to prove a causal relationship between genetic defects and the pathophysiology of schizophrenia.

Rosenthal hopes to discover what role RNA editing might play in the intelligence of Celphalop sea predators because he wonders whether it might lead to treatments and therapies for cystic fibrosis and other diseases. A 2014 article in the New England Journal of Medicine showed that animal cells use an editing mechanism that changes genetic building blocks (adenosine, inosine, guanosine) in messenger RNA. This mechanism can be tweaked to correct a cystic fibrosis causing mutation.

President Donald Trump's administration has tried for over a year to wield the United States census to bolster its anti-immigrant platform, rather than getting an accurate count of the country's populace to better allocate its resources.

The administration has long sought to add a citizenship question, despite warnings that it could result in underreporting of the population and the targeting of immigrants.

According to reporting from The Tampa Bay Times, Republican party is once again using the census to bolster its interests.

The New York Times reported on Thursday that Donald Trump was enraged at the news that Russia was working to elect him once again in 2020.

But Russia once again seeking to interfere in our elections wasn't what enraged him. It's that officials sounded the alarm about it.

Grenell was deemed vastly unqualified for the position, to the point that officials had to assure Americans that the new Director of National Intelligence would be announced soon.

Trump said he was considering his longtime ally in Congress, Representative Doug Collins (R-GA), for the position...but there's just one problem.

President Donald Trump held yet another campaign rally in Colorado, where he railed against one of the favorite targets for Republican lawmakers: Hollywood elites and the films they make.

Trump went on a bizarre rant lamenting this year's winner of the Academy Award for Best Picture: Parasite.

The vote will determine who faces off against incumbent Republican Susan Collins in November.