Your Mouth is a Bacteria Cannon 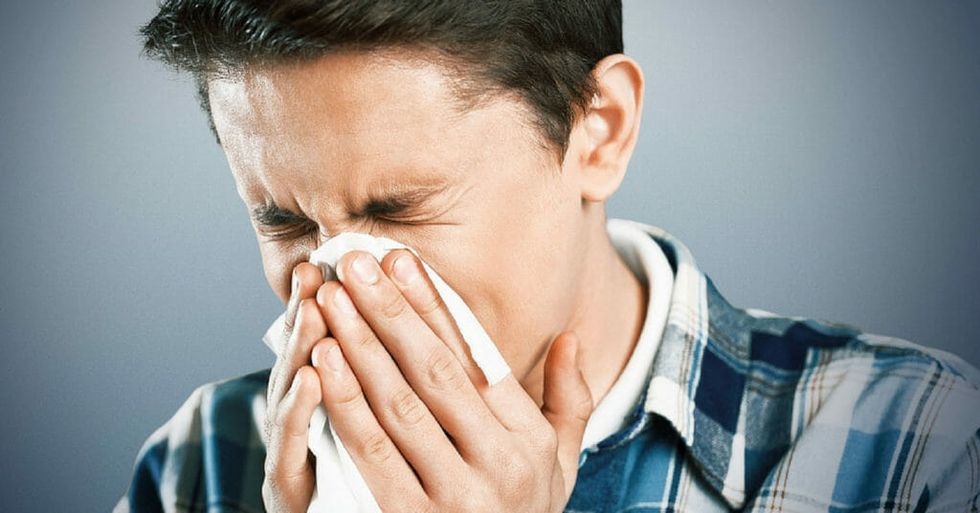 Germaphobes, prepare to become shut-ins: Researchers have found that some bacteria expelled into the air by a sneeze or a cough can live for up to 45 minutes. That means you can enter a space that a sick person has vacated nearly an hour earlier, and still pick up their bug. Worse, the bacteria can disperse a distance of 10 feet or more beyond its origin.

A team of Australian researchers focused on a subset of pseudomonas aeruginosa, a bacterial species associated with hospital infections. Healthy people can reduce their chances of infection by washing their hands after spending time in public spaces. The pseudomonas aeruginosa bacteria, however, is more dangerous to people with compromised immune systems and particularly to those with cystic fibrosis. These new findings suggest that a person could enter an empty room and catch a bug from someone they don’t even see or have contact with if the sick person recently vacated the space.

"Our previous research had found that these pathogens travelled up to 4 meters [more than 13 feet] and stayed viable for 45 minutes after being coughed into the air," said Lidia Morawska, a co-lead researcher at the Queensland University of Technology (QUT).

"We wanted to find out how bacteria-carrying droplets expelled by sneezes or coughs travel such distances and remain able to infect other people after such a long time."

The QUT team developed a method called Tandem Aged Respiratory Droplet Investigation System, or TARDIS (not that TARDIS), to study aerosols, the airborne droplets generated by a human cough or sneeze. They noted that the droplets dry out quickly and become light and airborne. While most of the bacteria died within seconds, some of them survived much longer.

"This suggests some of the pseudomonas aeruginosa bacteria are resistant to rapid biological decay and thus remain viable in room air long enough to form an airborne infection risk, especially to people with respiratory problems such as patients with cystic fibrosis," said Morawska.

If you are currently infected with a cold or virus, you can protect others by covering your cough and washing your hands often, say the researchers. It’s especially important if you work in a closed environment where your bacteria will linger in the airspace others inhabit.

As we come to understand more about how illness is spread, we can develop new ways to protect ourselves. One notorious place to get sick might get a little safer, thanks to an invention devised by a 17-year-old. Raymond Wong invented a fan that filters air on planes. "When we sneeze, the air gets swirled round multiple times before it has a chance to go out through the filter," Raymond Wang said in a TED talk shared by The Independent. Wang’s fan creates "personalized breathing zones" and filters out bacteria before it circulates among passengers in the enclosed space. The fans can be easily installed on existing planes, so if airlines make the change, getting sick on a plane would become a less common side effect of travel.

If you become infected with a cold, you may also be able to minimize the period during which you are sick by taking zinc supplements, say researchers at the University of Helsinki. A new study found that people who took a relatively high dose of zinc daily had a rate of recovery that was three times better than people who didn’t take zinc. Patients in the study received doses of zinc ranging from 80 to 92 milligrams — much higher than the recommended dose of 8-11 milligrams. 70 percent of people who took zinc recovered from their cold after five days, compared with 27 percent of the participants who received a placebo.

“Given the strong evidence of efficacy and the low risk of adverse effects, common cold patients may already be encouraged to try zinc acetate lozenges not exceeding 100 mg of elemental zinc per day for treating their colds,” said Dr. Harri Hemila, from the University of Helsinki in Finland.

It may not be a cure for the common cold, but it’s something.