Millions of Bees Killed By Accident in South Carolina 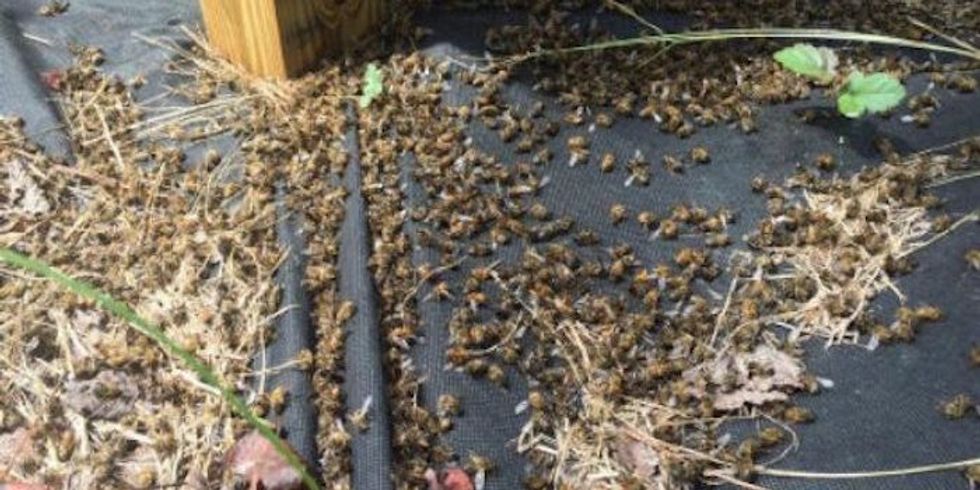 An effort to prevent Zika-infected mosquitoes from taking root in South Carolina has dealt a major blow to the local honey bee population. Bees died in massive numbers after officials in Dorchester County approved the spraying of Naled, a common insecticide that kills mosquitoes on contact, over the countryside.

Trucks spraying pesticides are not an uncommon sight in the state, thanks in large part to a successful mosquito-control program that includes destroying larvae. Given the urgency surrounding the Zika virus, however, county officials decided to––for the very first time––spray Naled from the air. Spraying Naled from the air is not unprecedented according to the Centers for Disease Control and Prevention, which noted that officials in Florida fumigated more than 6 million acres with the chemical. The agency argued earlier this year that the practice would curb the possibility of Zika infections in Puerto Rico.

Authorities informed residents that an airplane would dispense the insecticide between 6:30 AM and 8:30 AM Sunday morning. The United States approved Naled for use in 1959. The Environmental Protection Agency notes that Naled "is not a risk to people" and that people "aren’t likely to breathe or touch anything that has enough insecticide on it to harm them." Nevertheless, the agency cautions, "direct exposure to Naled during or immediately after application should not occur." The county says it warned residents about the pesticide via a newspaper announcement as well as a Facebook post in the days before the spraying.

Bees felt the effects of the insecticide almost instantly. A single apiary, Flowertown Farm and Supply, in Summerville, lost 46 hives on the spot, killing an estimated 2.5 million bees. "When I went out... it was like visiting a cemetery, pure sadness," wrote Summerville resident Kristina Solara Litzenberger. Residents said clumps of bees perished at hive entrances. The event was too out-of-the-ordinary to be the result of colony collapse disorder, in which worker bees disappear, leaving behind a queen bee, plenty of food, and nurse bees to care for the queen as well as the bees that have yet to reach maturity. “Had I known, I would have been camping on the steps doing whatever I had to do screaming, ‘No you can’t do this,’” said local beekeeper Juanita Stanley, who said bees are her primary source of income and that she is more devastated by the loss of bees than honey.

Jason Ward, the county administrator, acknowledged the bee deaths in a press release. “Dorchester County is aware that some beekeepers in the area that was sprayed on Sunday lost their beehives,” he said. The Charleston Post and Courier later quoted him as saying, "I am not pleased that so many bees were killed." Officials did not mention if the county would compensate beekeepers for their losses.

Experts and beekeepers have noticed a global bee decline in recent years and posit that the decline is the result of "industrial agriculture, parasites, pathogens and climate change." Bees are the world's major pollinators, transferring pollen and seeds from one plant to another, fertilizing them so they can grow and provide food. According to the National Resources Defense Council, cross-pollination "helps at least 30 percent of the world's crops and 90 percent of our wild plants to thrive" and without bees to spread seeds, "many plants—including food crops—would die off."

The South Carolina Department of Health and Environmental Control reports that no one in South Carolina has contracted Zika from a mosquito, though the agency has recorded several dozen cases of travel-related Zika infections in the state.