Why Hurricanes Like Harvey And Irma Are Man-Made Disasters 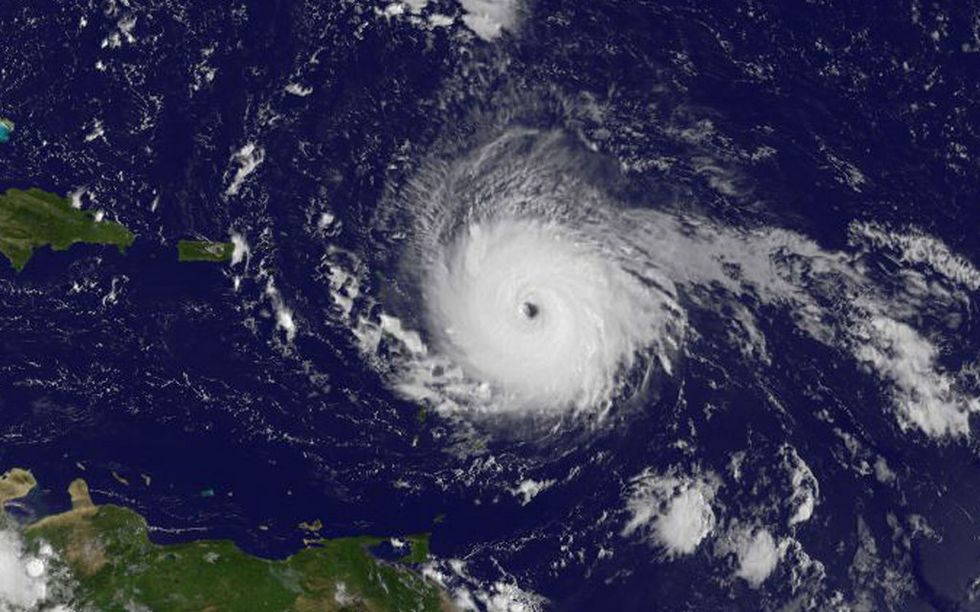 Hurricane Irma in the Atlantic.

There may be no natural disaster more humbling thanhurricanes, with their gale force winds and flood-surges that destroy people’s homes, livelihoods and lives. Now two of them, back-to-back, have battered the United States and parts of the Caribbean and Cuba in the space of three weeks, including Harvey, a Category 4 hurricane, which left much of Houston underwater, and Irma, which started out as a Category 5, the biggest hurricane to hit the United States sinceAndrew in 1992.

“The U.S. has never been hit, since we started collecting records in 1851, by two Category 4 or stronger hurricanes in the same season,”said Jeff Masters, a meteorologist and co-founder of Weather Underground.

People often anthropomorphize these storms, as though nature is enacting her wrath on us for our treatment of the planet. The truth is more terrible than we may want to admit: extreme weather is not “just weather” but a result of human-led impacts on climate change, and it’s going to get worse.

We can blame some of the intensity on these storms on human activities, particularly our penchant for burning coal, extracting oil and cutting down tropical rainforests that have increasedthe levels of greenhouse gases—that trap heat in the atmosphere—and have caused global warming of 1.4 degrees Fahrenheit since the 1880s.

As much as two-thirds of total industrial carbon dioxide and methane emissions can be traced to 90 major industrial carbon producers, 83 producers of coal, oil, natural gas, and 7 cement manufacturers write the authors of anew study in the journal Climate Change. And as much as one half of all greenhouse gases in the atmosphere between 1751 and 2010 have been emitted since 1984.

Our current world temperature is an entire degree Celsius warmer than the average temperature during the years 1880 to 1920 and about half a degree hotter than the Holocene era—approximately 11,700 years ago. While that may not sound like a big deal, just a half degree Celsius hotter, and we face climate extremes that could kill off species, increase average temperatures beyond human habitability and more devastating natural catastrophes. Anew study in the journal Earth Systems Dynamics noted that current temperatures are “about as hot as it got in a previous warm period, the Eemian (130,000 to 115,000 years ago) when the sea level was 6-9 meters (20-30 feet) higher than today.”

These authors write that this data shows “the current level of climate warming, with temperatures similar to the Eemian maximum, are dangerous.”

Continued warming, as is predicted by climatologists, can result in even more significant loss of polar ice sheets, sea level rise of as much as 16 feet by 2100, and thawing of the permafrost layer. This can release stored carbon in polar regions, which “raises the temperature further — produces an escalating cycle of warming that may beyond the human capacity to reign it in.”

One of the direct impacts of global warming is ocean warming, which expands oceans, melts polar ice and causes sea level rise, according to theUnion of Concerned Scientists (UoCS)—and, frankly, any climate scientist you ask. Sea level rise may sound benign, but it has dramatic impacts on coastal and even urban settings. It further erodes shorelines, which allows for waves to come further inland. It also causes increased storm surges—when high winds push water inland, which is what we saw during Hurricane Harvey in Texas, and even in parts of Irma’s impact on the Caribbean, Cuba and Florida. In the worst case scenarios, sea level rise will bring permanent inundation, submerging once-dry areas. Australia’s Solomon Islands, have suffered this effect over the past two decades, where as many as five of the islands are no longer inhabitable due to sea level rise, and more may follow. The UoCS estimates more than $1 trillion worth of property is at risk in the U.S. for such inundation.

The National Oceanic and Atmospheric Association (NOAA)predicts that by the end of this century human-led climate global warming will increase the intensity of tropical cyclones globally. This will also likely increase the amount of rainfall these storms bring by about 10-15%, which could have disastrous flooding results.

And climate scientists from 13 federal agencies who created a Climate Science Special Report for the government (which they leaked to the New York Timesout of concern that the Trump administration would censor it) suggest severe hurricanes will also get worse.

Even in the absolutely unlikely event that we could stop producing all greenhouse gases today, too much CO2 already exists in the atmosphere to prevent further warming. CO2 essentially will not leave the atmosphere in as much as a thousand years, according to an article in Nature. It would have to be removed manually (and there are attempts underway to do just that). The Paris Agreement, which the U.S. entered under President Obama, and has begun to exit under Trump, to the dismay of many state and world leaders, set a world goal alongside 197 countries to strategically attempt to put a brake on carbon emissions. Their goal is to keep global warming under the 2 degrees Celsius rise that climate scientists have warned is a point of no return for catastrophic climate events. Now, some climatologists are concerned that that goal is no longer in reach.

Another expert, Anders Levermann from the Potsdam Institute for Climate Research, admitted that extreme weather events of this kind are happening faster than scientists had predicted. “Even I, as a climate scientist, am startled to see another potentially devastating storm in this region so shortly after Harvey,” Levermanntold the Guardian. “Unfortunately, the physics are very clear: hurricanes get their destructive energy from ocean heat, and currently water surface temperatures in this region are very high.”

This data is giving rise to “attribution science” in which evidence-based science is applied to determine the causes of specific kinds of climate-change related damages in order to hold entitiesaccountable. “Policymakers in several jurisdictions are now considering whether fossil fuel producers might bear some responsibility for such climate damages potentially traceable to emissions from their products,” write the authors of the Climactic Change study. And in fact, some coastal cities and counties have begun to use this evidence tofile lawsuits against some of these fossil fuel companies in the hopes that they will help pay for adaptation to and mitigation of sea level rise related damages now and into the future.

One of the most vulnerable California communities, coastal San Mateo County, home to San Francisco International Airport, is among the litigants: “The environmental harm these companies knowingly caused to our precious shorelines and the entire world and their deliberate efforts to conceal those frightening truths jeopardizes the public’s health and places the financial burden of those consequences on the taxpayers,”said County Board of Supervisors’ President Don Horsley.

San Mateo County, along with Marin County and the city of Imperial Beach, California “are standing up for our residents and businesses to hold these companies accountable for their emissions and lay blame where it truly belongs,” Horsley said. “The damage they’ve caused and continue to cause is unacceptable. But the fact that they’d prioritize their bottom line over the health and security of the public — including children — in the face of hard science is unconscionable.”

Lawsuits of this kind have the potential to bring some accountability to the biggest polluters making the most impact on climate change. “Without a price on carbon pollution, industries and individuals can dump carbon in the atmosphere for free,”wrote Dana Nuccitelli for The Guardian. “But that carbon pollution has costs that we eventually pay, in the form of increased property damage due to amplified storms… Or from higher food prices when farmers are struck by an intensified drought… or property lost to encroaching sea levels…”

Where does this leave us? Well, climate realist or climate denier, you’ll face the effects of climate change either way, so better to actually face it than pretend it isn’t happening. “Global warming is here and is already affecting our climate, so prevention is no longer an option,”wrote climatologist Lonnie G. Thompson. Three options remain for dealing with the crisis: mitigate, adapt, and suffer.”

Not only is the current President and administration not proactive, but they may exacerbate the effects of climate change by cutting funds to agencies like the EPA and threatening deregulation of the extractive industries. Thus it may be up to civilians to be proactive in reducing their own carbon footprints. More importantly, we must put pressure on local and state governments to prepare for the climate disasters sure to come.