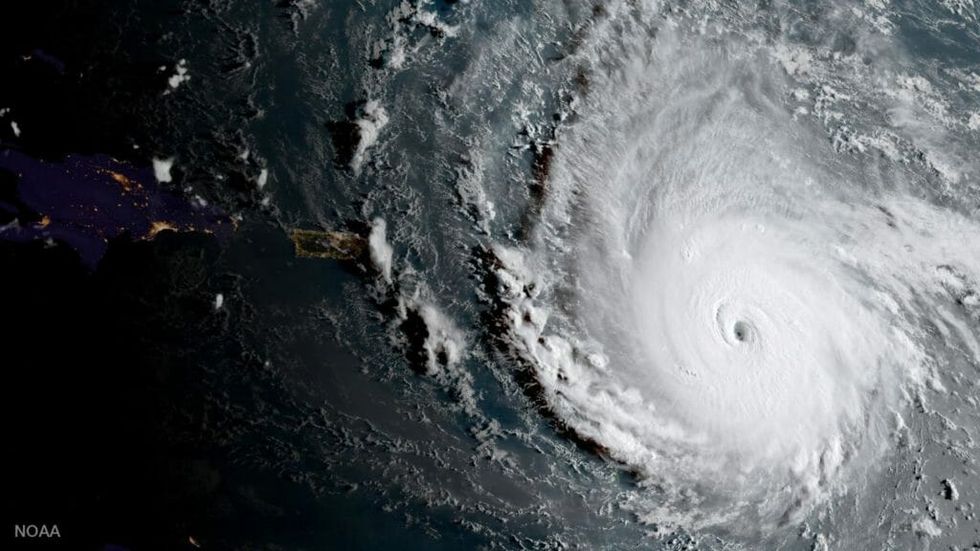 Hurricane Irma made landfall early this morning in the Caribbean on the small island of Barbuda as a Category 5 hurricane packing record setting force on a path toward the U.S. Virgin Islands, Puerto Rico and Florida.

Irma is the strongest Atlantic hurricane ever recorded north of the Caribbean and east of the Gulf of Mexico according to the U.S. National Hurricane Center in Miami. Official warnings referred to Irma’s “onslaught” in a statement that closed with: “May God protect us all.”

The size of the storm left hurricane and weather scientists speechless.

I am at a complete and utter loss for words looking at Irma's appearance on satellite imagery. https://t.co/B0ewFyvcSv
— Taylor Trogdon (@Taylor Trogdon) 1504652694.0

Irma strengthened to a Category 5 hurricane Tuesday with winds up to 185 mph. The storm is so strong it's shown up on seismometers in the Caribbean -- equipment designed to measure earthquakes.

Their preparations seem to be warranted according to weather scientists. Predictions for the level of devastation exceed anything the area has seen in the past.

No way to sugarcoat it. Irma is the type of tropical cyclone that wipes everything, including all vegetation, clean… https://t.co/PTikZUB1jc
— Anthony Sagliani (@Anthony Sagliani) 1504658422.0

In Barbuda, the island’s police station roof was ripped off, forcing officers to seek refuge in the fire station and an official shelter at the community center. Irma also knocked out communication between islands. Midcie Francis of the National Office of Disaster Services confirmed damage to several homes, but said it was "too early to assess the extent of damage".

Warm water fuels hurricanes and Irma is moving over water that is 1 Celsius warmer than normal. Despite what President Trump and his appointees say, scientific evidence is mounting that climate change is real, caused by humans, and will cause real impacts on our daily lives.