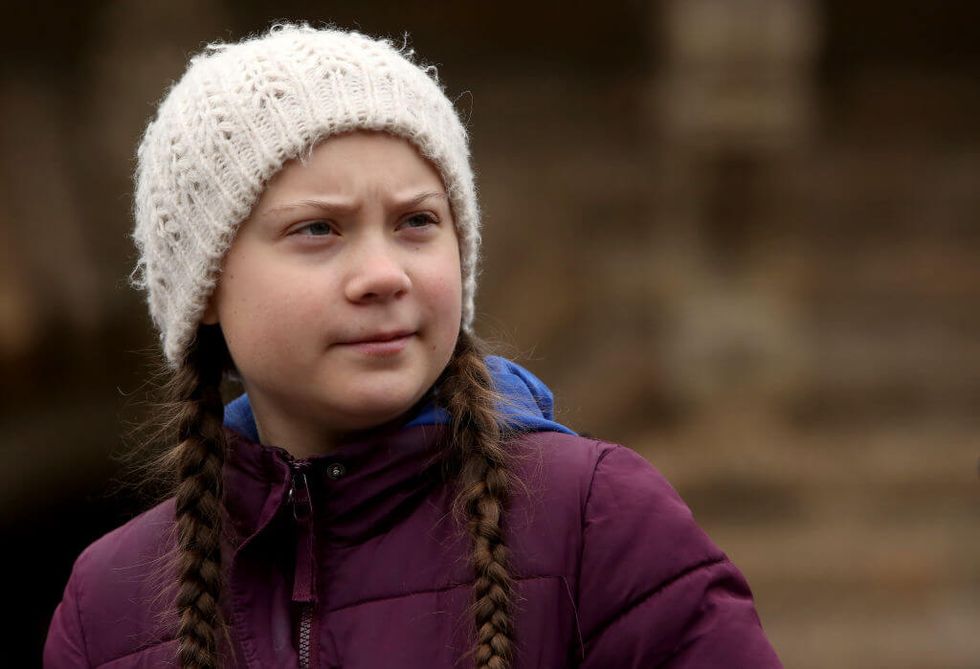 HAMBURG, GERMANY - MARCH 01: Teenage Swedish activist Greta Thunberg demonstrates with students against global warming at a Fridays for Future demonstration on March 01, 2019 in Hamburg, Germany. Fridays for Future is an international movement of students who, instead of attending their classes, take part in demonstrations demanding for action against climate change. The series of demonstrations began when Thunberg staged such a protest outside the Swedish parliament building. (Photo by Adam Berry/Getty Images)

With past recipients like Dr. Martin Luther King Jr., Malala Yousafzai, and former President Barack Obama, the Nobel Peace Prize is one of the most prestigious honors a person can receive. Even President Donald Trump has sought to get his hands on one.

While nominations for the prize pour in from all over the planet, one particularly stands out.

Sixteen year old Greta Thunberg may be young, but her dedication and determination to saving the planet is an example from which lawmakers three times her age could learn.

Thunberg's passion for curtailing climate change began at the age of eight. Just last year, she began the School Strike for Climate Change, skipping school to sit outside of the Swedish capitol and bring attention to the climate emergency, eventually inspiring hundreds of thousands of students in cities across the globe to do the same. She also took passive lawmakers to task in a speech at the UN Climate Change summit in Poland.

As a result, multiple lawmakers have nominated her for the prize, including Norway's Freddy André Øvstegård, who said to VG:

“We have proposed Greta Thunberg because if we do nothing to halt climate change it will be the cause of wars, conflict and refugees. Greta Thunberg has launched a mass movement which I see as a major contribution to peace.”

@TIME The teenagers of today are so inspiring. They are changing the world and taking command of their future. More power to them.
— Nitish Yadav (@Nitish Yadav) 1552570703.0

Praise continued to pour in.

If the rest of the world heeds the words of activists like Greta, we just might save the planet—and ourselves.