The Great Park of China: A Plan to Save the Last 27 Siberian Tigers 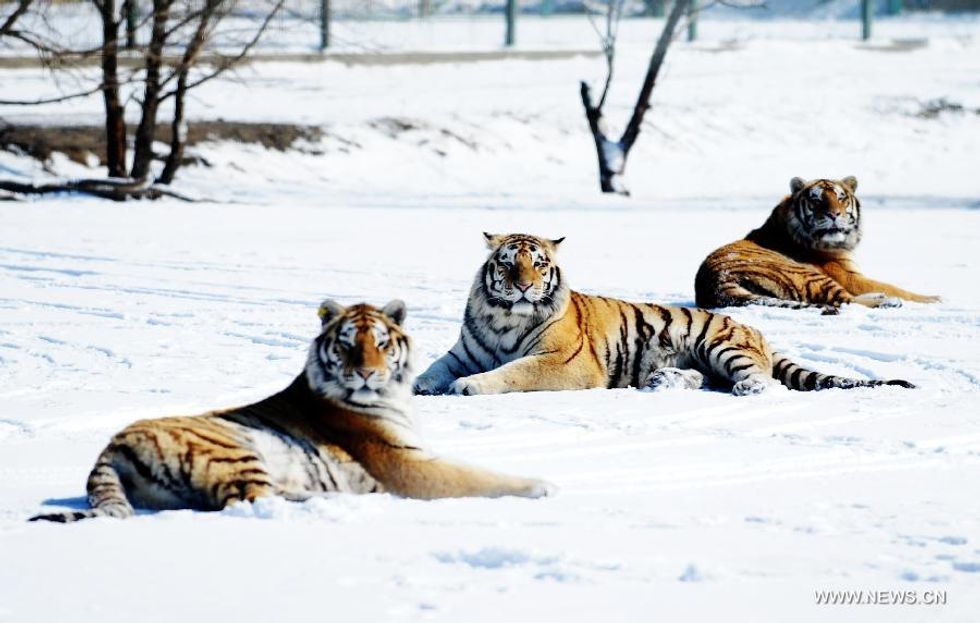 Even as China enjoys the wealth and advancements rapid industrialization has brought to its country, it is beginning to grapple with dire costs to its environment, including some of the world’s most polluted air and waters; plummeting fisheries; and disappearing wild places. When previously wild places are logged, farmed, divided by roads, and consumed by cities, the creatures that live there disappear — especially when those creatures command a high price on the black market. For China, that means its rarest and most iconic wild animals, including the Siberian tiger, the giant panda, Amur leopards, the Tibetan antelope, and the Asian elephant, are about to disappear forever.

Or maybe, not so fast. China is in the process of developing its first national park system, modeled after the U.S. system that has traditionally protected its wildest and most beautiful places for future generations of people — and for the wildlife that depends on these places for food and habitat.

China has pledged to develop a new national park that will be roughly 60 percent larger than U.S. Yellowstone National Park to provide habitat for two critically endangered cats, the Siberian tiger, and the Amur leopard. The 14,600-square-mile park will be located in the country’s northeast provinces, along the border of Russia and North Korea. A plan is expected to be complete by 2020.

The wild Siberian tiger population had dropped to as few as six in 1998, prompting conservation efforts that included a logging ban in the area. In 2015, the population had risen to 27. The Amur leopard, meanwhile, had been nearly hunted to extinction as well, with only 30 left in 2007. Today there are almost twice as many, thanks to conservation efforts by the World Wildlife Fund and others. For these populations to stabilize, the animals must be protected from hunting and their territory must be protected from human development.

Poaching remains a problem. Traditional Chinese medicine uses tiger parts to treat a wide range of maladies; it is believed that the animal’s strength and vitality will transfer to the human that consumes it. Western doctors have found no evidence to support these claims and many medicines, including ones as simple and widespread as aspirin, which, like tiger bones, is used to treat inflammation, achieve the same intended goals. Tiger bones have long been used as a folk remedy used to treat impotence; researchers have noted that Chinese men have been happy to switch to Viagra for that particular malady.

A video of Siberian tigers chasing a drone recently took social media by storm, attesting to the fascination we have with these beautiful and rare creatures. However, upon further scrutiny, it was revealed that the video was taken at a game park in Harbin City, which sells tiger furs and bones.

“These facilities breed tigers for tourist entertainment while they're alive, and their parts are reportedly used for luxury and medicinal products,” said Ben Pearson from World Animal Protection. The Chinese government instituted a ban on the domestic sale of tiger bones in the 1990s, but loopholes in the law and a continued demand for the bones and other body parts have made captive tiger farms a widespread problem in China.

A Place for Pandas

China’s beloved panda is also gaining a national park. Chinese authorities announced that they would relocate between 172,000 and 200,000 people from Sichuan province to create a reserve park for panda bears. The Giant Panda National Park will span 10,500 square miles across Sichuan, Gansu, and Shaanxi provinces. The park will prevent mining, logging, and habitat destruction, and save bamboo forests needed by the pandas for food. The bears, a Chinese icon, were once widespread in China’s south and east, but dropped to about 1,200 in the 1990s due to catastrophic habitat destruction. Today, due to conservation efforts, about 2,060 pandas remain in China.

Ginette Hemley, senior vice-president for wildlife conservation at the World Wildlife Fund, said, “The Chinese have done a great job in investing in panda habitats, expanding and setting up new reserves. They are a wonderful example of what can happen when a government is committed to conservation.”

However, the panda isn’t out of the woods yet. Pandas depend on bamboo for food, and climate change is expected to wipe out more than a third of China’s bamboo forests as temperatures rise in coming years.

China’s enormous human population is displacing other species across the Asian continent and in the oceans around it. But as the situation becomes dire, attitudes are changing. At China’s annual parliamentary session, lawmakers from Hong Kong proposed to ban the commercial farming of bears for the extraction of their bile and urged stronger efforts to combat the illegal trade in rhino horn. At China’s annual legislative and consultative assemblies, other lawmakers proposed a ban on tiger farming in China, as well as a ban on the use of pangolin scales in traditional Chinese medicine.

“In China, there’s tremendous financial capacity to start investing in ‘greening’ the whole economy, even though the country still has a huge population of deeply impoverished people,” said Gretchen Daily, a U.S. ecologist who is working with the Chinese government to plan the future of its national parks and protected areas. “What they’re aiming for now is a green financial system, pursuing green growth where on the one hand you have improvements in livelihoods, in health, in food security, in water and other aspects of environmental security and certainly in economic security. Improving all that at the same time as securing the natural capital — the lands, waters, and their biodiversity that underpin so much of that human well-being.”