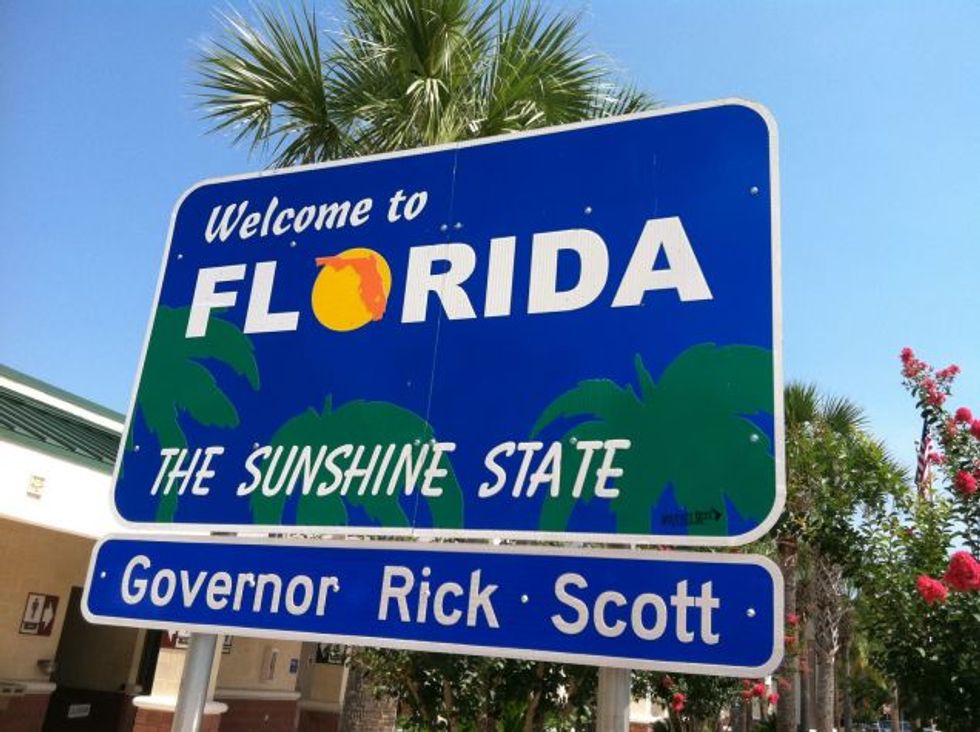 In a complaint against the state, worker says he was accused of violating policy and instructed to get a mental health evaluation after mentioning climate change.

An employee of Florida’s environmental protection department was forced to take a leave of absence and seek a mental health evaluation for violating governor Rick Scott’s unwritten ban on using the phrases “climate change” or “global warming” under any circumstance, according to a complaint filed against the state.

Governor Rick Scott has ardently denied that there is an unwritten ban on using the terms climate change and global warming. Photograph: Chris O'Meara/AP

Longtime employee Barton Bibler reportedly included an explicit mention of climate change in his official notes from a Florida Coastal Managers Forum meeting in late February, during which climate change, rising sea levels and the possible environmental impact of the Keystone XL Pipeline were discussed.

On March 9th, Bibler received a formal reprimand for “misrepresenting that ‘the official meeting agenda included climate change’”, according to a statement from Public Employees for Environmental Responsibility (Peer), a nationwide non-profit that champions public employees’ rights and providers resources and guidance to whistleblowers using its network of members across the country.

Bibler was instructed to stay away from the office for two days and told he could return to work only after a mental health evaluation from his doctor verified his “fitness for duty”, the complaint said. In the letter to Florida’s inspector general, Candie Fuller, the state’s Peer director calls for a full investigation to the matter.

Bibler told the Miami Herald that he “didn’t get the memo” about the gag order, so when he introduced himself by congratulating other officials on the call for the “exciting” work they were doing to address climate change, the “reaction was mostly shock.”

News of the governor’s ban on the phrases first surfaced in early March, when theFlorida Center for Investigative Reporting found that the ban came from the top after Scott took office and appointed Herschel Vinyard Jr. as DEP director.

Guardian requests for comment from Scott, the Florida inspector general and the environmental protection department were not immediately returned on Thursday, but Scott and representatives from his office have ardently denied such a policy exists.

Scott has also long dodged questions about climate change with a refrain of “I’m not a scientist” and consistently misrepresented the state’s preparedness for rising sea levels.

Florida is particularly vulnerable to the effects of climate change, as 80% of the state’s residents live or work near the coasts and damage from recent storms, including hurricane Wilma, has caused billions of dollars in damage since 2005.

*This article was amended on 19 March 2015. An earlier version said damage from hurricanes had caused billions of dollars in damage since 2005.

Originally published in The Guardian | Winner Of The Pulitzer Prize by Katherine Krueger.