Donald Trump Tweeted a Doctored Map of Air Pollution Around the World, and Now He's Getting Called Out for His Deception 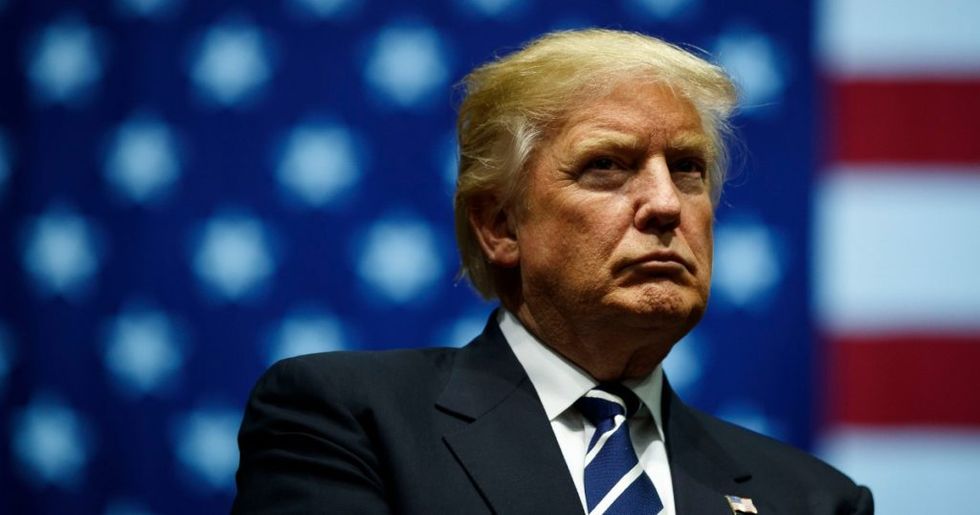 President Donald Trump tweeted a map of global air pollution, touting that the United States has the cleanest air in the world.

The map, which cites the World Health Organization, claims that nowhere in the United States has air pollution above the WHO suggested level.

In a remarkable display of consistency, Trump's tweet was misleading. The map is doctored with text claiming that there are no high pollution levels in the United States. A World Health Organization map most closely resembling the one tweeted by the president is actually a measure of fine particulate matter.

The map is deceptive because it's only measuring the amount of fine particles in the air. These tiny particles in the air create the appearance of haziness, but they aren't always harmful to the environment. For instance, the reason parts of Africa appear to have unclean air on the map is because these are desert areas with large amounts of sand--a fine particle. The map addresses particles like these but not man-made air pollutants like nitrogen oxides and sulfur dioxide--which are released with the burning of coal.

And tweeting the map on the bottom would have shown how much more work the United States needs to do to protect all… https://t.co/xEeUh1XxzX
— John Walke (@John Walke) 1540242009.0

Walke pointed out that many of the nation's most populous cities still have pollution levels above the WHO suggested levels, and he wasn't the only one.

@realDonaldTrump This map is very misleading... First off it's clearly county Saharan dust as pollution because the… https://t.co/Kr1P3uPSDe
— Elan Azriel (@Elan Azriel) 1540294966.0

Not to mention, the map tweeted by President Donald Trump is from 2016, when Former President Barack Obama was still in office. While two years may not seem like enough to affect global pollution levels, the Trump administration's recklessness with environmental policy has undoubtedly made this map outdated.

@realDonaldTrump @EPAAWheeler Well it has nothing to do with you. Thanks Obama for putting great regulations in place.
— MPF (@MPF) 1540252454.0

@realDonaldTrump No thanks to you. You're working very hard to change that by allowing corporations to pollute at w… https://t.co/FKQMw56aOR
— Suzanne (@Suzanne) 1540252646.0

The Trump administration's environmental policies have by no means been good for the planet and especially its air quality.

Though the president was quick to tout the United States' "cleanest air in the world," his own administration disbanded a crucial Environmental Protection Agency panel monitoring air pollution this month. It also weakened Obama-era air regulations for coal plants, undoubtedly affecting the outdated map he tweeted.

The deception regarding global warming seems to be just one piece of ammunition in an arsenal of constant deception meant to overwhelm Americans before going to the polls in two weeks for the crucial 2018 midterms.

We can only hope the country doesn't fall for it.