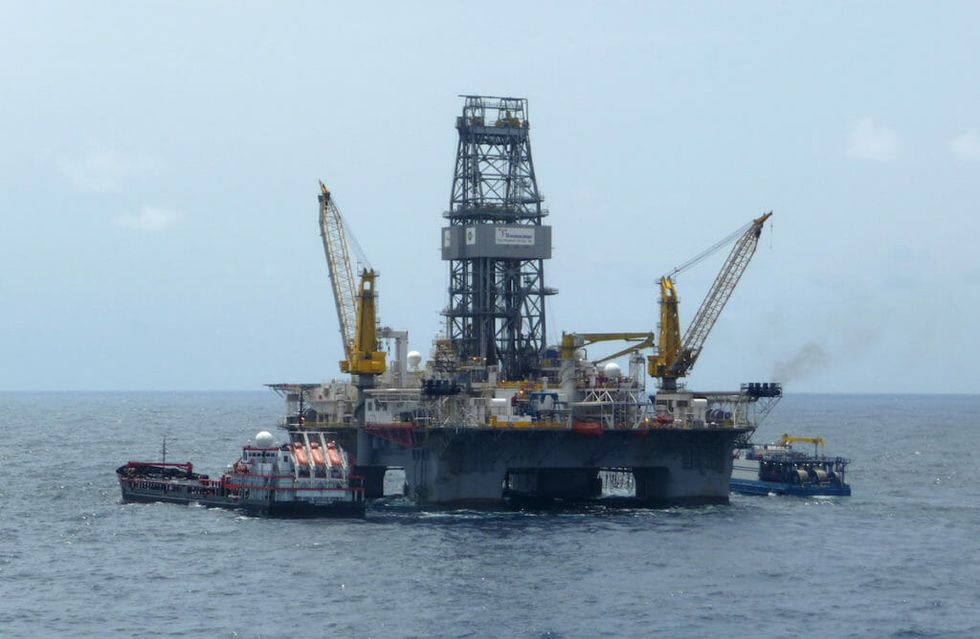 Well number 3 at the site of the oil spill at the Deepwater Horizon drilling platform -- Photo by: Kerry Sanders/NBC NewsWire

In the latest of a spree of anti-regulatory repeals of Obama era legislation, President Donald Trump and his administration are preparing to roll back offshore drilling rules put in place after the Deepwater Horizon disaster, Bloomberg reports. The 2010 explosion of an oil drilling rig owned by British Petroleum (BP) in the Gulf of Mexico killed 11 workers and spilled millions of barrels of oil into the Gulf.

Back in April, Trump ordered Interior Secretary Ryan Zinke to review the safety rules signed into law by President Obama, which sought to curb accidents and pollution by oil and gas drillers operating in United States waters. Fast forward to the Department of the Interior, which includes the National Park Service as well as Fish and Wildlife, proposing on Thursday several changes to those regulations.

READ: Department of the Interior's Revisions to Oil and Gas Production Safety Systems.

The changes proposed by secretary Zinke, at the behest of Trump, include scrapping a requirement that operators certify through a third party that their safety devices are functioning properly. The removal of this regulation and other "changes" will save oil and gas companies at least $288 million over the next 10 years, according to the Interior Department's own Bureau of Safety and Environmental Enforcement.

Other proposed changes include revisions to safety system design requirements and equipment failure reporting requirements. In a statement released by that same bureau, agency director Scott A Angelle says these rollbacks will encourage higher production output:

“By reducing the regulatory burden on industry, we are encouraging increased domestic oil and gas production while maintaining a high bar for safety and environmental sustainability."

What Angelle fails to acknowledge are the dangers inherent in higher production output while having fewer safety regulations.

President Obama put these safety rules in place late last year, near the end of his presidency, after six years of analysis following the 2010 BP spill in the Gulf of Mexico. With Trump's removal of these oil safety rules, environmentalists are understandably upset. They believe these changes will put the oceans and wildlife at risk.

Miyoko Sakashita, director of the oceans program at the Center for Biological Diversity, said in a statement:

The Wall Street Journal explains in further detail how these changes will affect oil drilling safety off American shores:

"The proposed rule would relax requirements to stream real-time data on oil-production operations to facilities onshore, where they currently are available to be reviewed by government regulators. It also would strike a provision requiring third-party inspectors of critical equipment — like the blowout preventer that failed in the Deepwater Horizon case — be certified by BSEE."

Rules are not the only thing being removed. In true Trump administration legislation, while the Bureau of Safety and Environmental Enforcement will leave a regulation in place that monitors how much pressure drillers can maintain when building a well, they are removing the word "safe" from the regulation.

A preamble included with the proposed changes explains their reasoning for this edit:

“Based on BSEE experience during the implementation of the original [well control rule], BSEE has concluded that the term ‘safe’ creates ambiguity in that it could be read to suggest that additional unspecified standards, beyond those expressly stated, may be imposed in the approval of proposed drilling margins."

Agency director Angelle, a longtime advocate for the oil industry, doesn't believe that the Deepwater Horizon disaster was anything more than an isolated incident. Back in June, he said:

For an agency created to protect the environment, the bureau under the Trump administration seems to have quickly forgotten that. It has taken on a more business demeanor, where the financial well-being of industries takes precedence over the well-being of the environment itself.