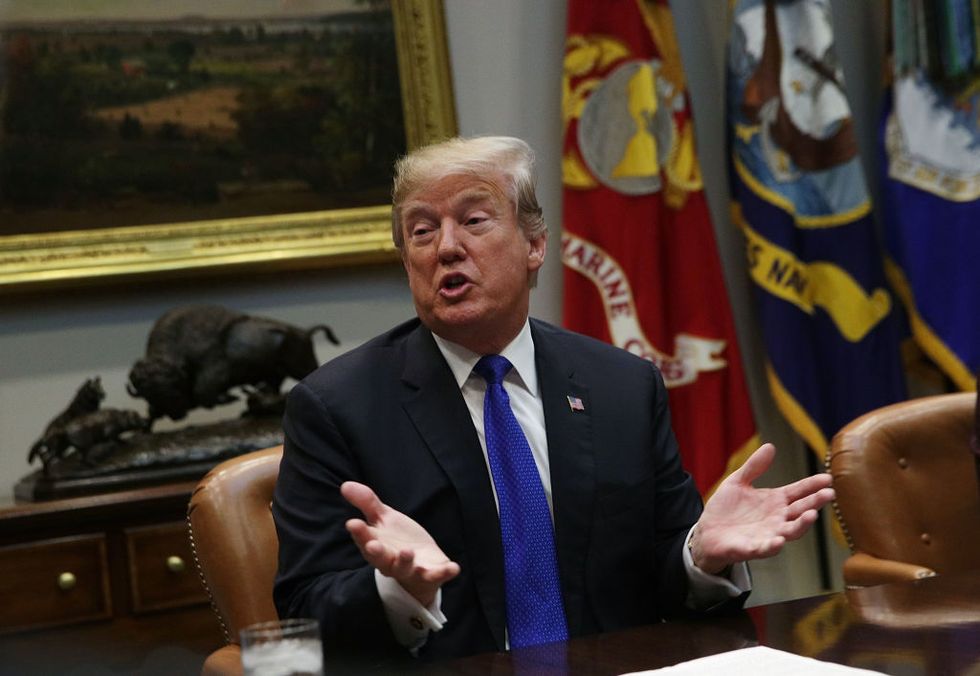 Last year, the Trump administration disbanded a federal climate change advisory committee. President Donald Trump makes no attempt to hide his disbelief in the science of climate change. A report from June had him Tweeting about it 115 times.

Despite disbelief at the highest levels of the current US government, the scientists on the panel remain undeterred. Their research continues elsewhere.

Columbia University’s Earth Institute hired one of the committee’s researchers, Richard Moss of the University of Maryland. Moss plans to reconvene most of the former panel members and produce the same report.

The shadow panel marks just the latest example of how President Donald Trump’s disbelief in the science of climate change pushes scientists and government agencies into internal exile.

Let's continue to destroy the competitiveness of our factories & manufacturing so we can fight mythical global warming. China is so happy!
— Donald J. Trump (@Donald J. Trump) 1351779802.0

The panel will produce the report, an addendum to the quadrennial National Climate Assessment, that focuses on local impacts of a warming world. The panel expects to receive some financial assistance from New York State and administrative support from the American Meteorological Society. The report will be available for public and peer review in June.

New York State said in a statement it wants the committee to “continue its critical work without political interference and provide the guidance needed to adapt to a changing climate.”

Meanwhile, other groups unaffiliated with the federal government took on climate science research dropped by the Trump administration.

In June, Resources for the Future, a 65-year-old policy research organization based in Washington, began a three-year effort to update and maintain an important component of climate economics:  the social cost of carbon.

The social cost of carbon and the methodology behind it, used in Obama-era climate regulation when it received backing of a federal court, still gets used in U.S. states, by companies, and other countries.

Before Trump took office, scientists scrambled to download and save scientific data from the Environmental Protection Agency and Department of Energy, for fear that the incoming administration would remove it or make it harder to access.

The EPA itself eventually joined the effort. A permanent banner across the top of www.epa.gov and an item at the bottom of the page link readers to the agency’s website as it existed on January 19, 2017. Donald Trump took office January 20.

The banner shows that not only have we properly archived Obama’s EPA website, it’s still accessible."