Canada Seeks To Eliminate Dairy As A Food Group

A proposal would eliminate dairy as a food group in response to a debate over the health benefits of dairy. 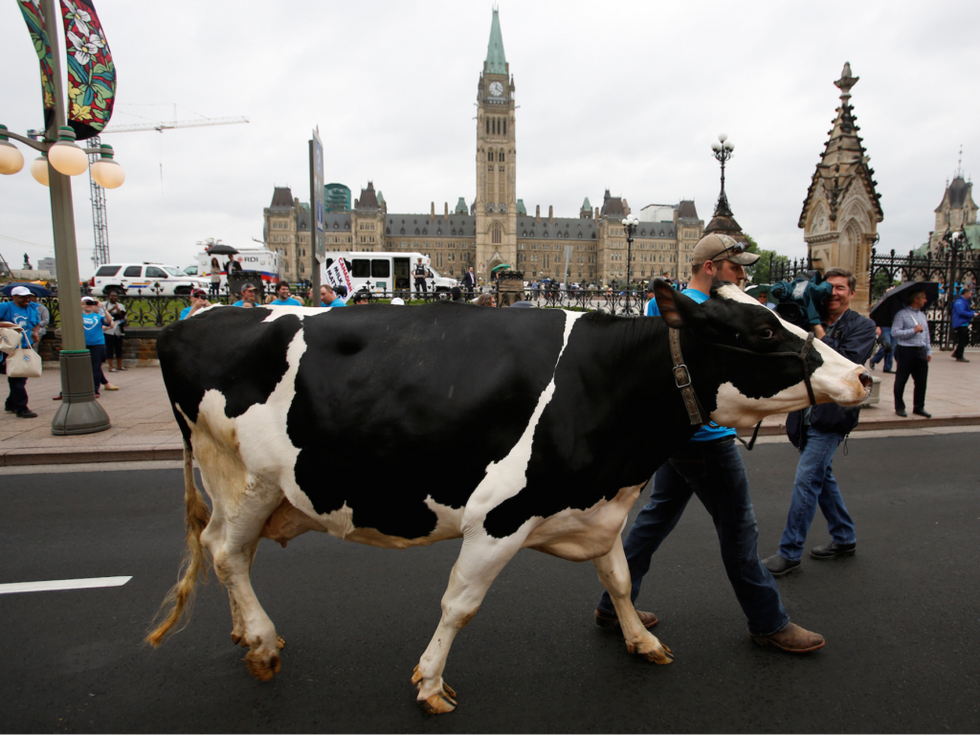 Health Canada, part of the Canadian Department of Health, is overhauling its national food guide. The proposal eliminates dairy as a food group in response to debate over the health benefits versus risks of dairy, as well as the prevalence of lactose intolerance. Health Canada’s proposed new guide will also promote plant-based protein, which aligns with growing nutritional trends and environmental concerns over animal-based food sources.

The USDA defines dairy defines any food that contains liquid milk and those made from milk that retains their calcium content. Dairy products tend to be high in protein and fat. Dairy also provides such essential dietary requirements as calcium, potassium and vitamin D. Notwithstanding these dietary benefits, Canada’s proposed shift away from dairy is premised on the notion that the disadvantages of dairyoutweigh the benefits.

Dairy can be high in calories and saturated fat, which can lead to obesity and heart disease. Recent research has also shown that, contrary to popular belief, dairy consumption may not improve bone health, despite high levels of calcium and vitamin D.

Perhaps more significantly, the substantial incidences of lactose intolerance in North America in addition to the environmental impact of the dairy industry have prompted Health Canada to revise the food guide. An estimated 20% of North Americans are lactose intolerant or allergic to lactose, the sugar found in milk products. Dairy products often originate from industrial farms that use antibiotics, preservatives, and other contaminants. Compounding these worries is the waste from milk-producing animals. Dairy animals produce 28% of the world’s methane, a greenhouse gas that significantly contributes to climate change. Methane is twenty-one times more effective at trapping heat than carbon dioxide, making it the most dangerous greenhouse gas.

Health Canada’s proposed changes also include a switch to plant-based sources of protein. In addition to nutritional debates and environmental concerns, ethical questions about the treatment of animals on industrial farms have influenced these revisions.

In recent years, animal rights activists exposed inhumane treatment of both milk-producing animals and those raised for meat. Plant-based foods, which are naturally low in saturated fat and high in fiber, can provide fully balanced sources of nutrients and array of benefits. For instance, nuts, beans, and legumes are good sources of protein and don’t require the sacrifice of animals. Plants can be raised ethically and sustainably with minimal detriment to our environment.

These bold changes overturn decades of established nutritional guidelines, placing Canada alongside Brazil as one of the few countries that reject industry-backed dietary recommendations. Unlike Canada, however, Brazil has no food guide, instead relying upon its Ten Steps To Healthy Diets, a series of guidelines outlining both nutritional suggestions and healthy eating habits.