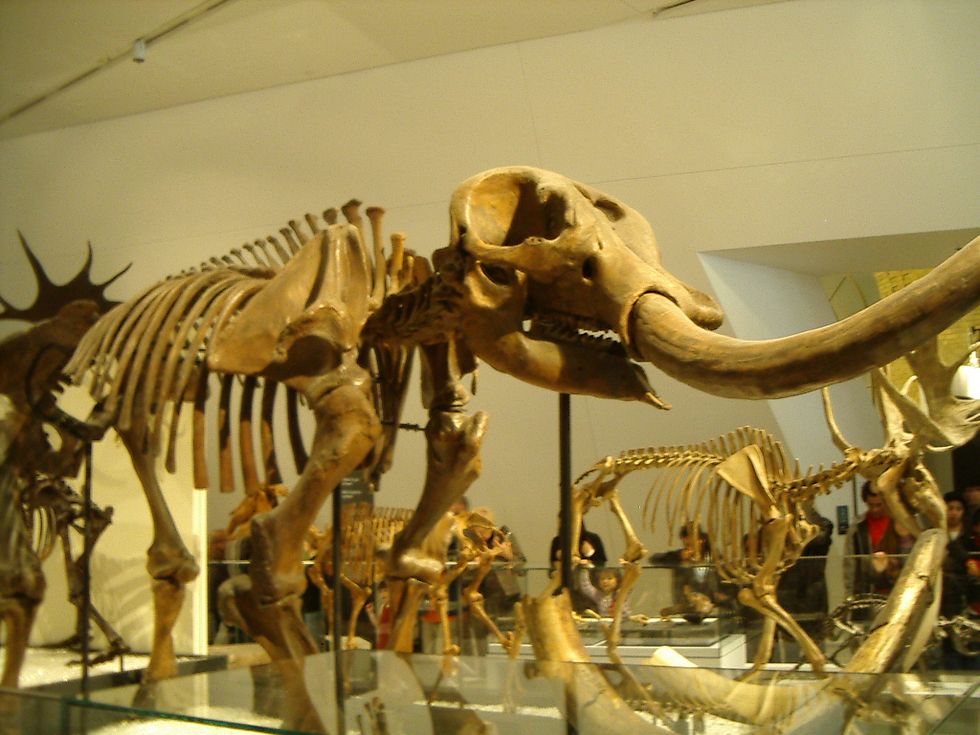 The first humans are thought to have reached North America 15,000 to 30,000 years ago. However, an archeological dig in California has turned up compelling evidence suggesting that humans inhabited the New World as far back as 130,000 years ago — which means the first people in North America were either Home Erectus, Neanderthals or Denisovans rather than modern humans. The news, published in the journal Nature, rewrites early North American history.

The site, known as the Cerutti Mastodon Site, was first exposed in 1992, when highway construction equipment uncovered the remains of a mastodon, an extinct relative of the modern elephant, during work along California Highway 52 outside of coastal San Diego. However, closer examination suggested that the beast had been consumed by a sophisticated predator.

Several of the mastodon’s bones show the type of fractures that come from being broken open by humans to extract the highly nutritious bone marrow. Nearby, the archeologists found large stones that appeared to have been used as an anvil, surrounded by small fragments of bones. Nearby, smaller stones bore hammering impact marks. These stones and bones bear evidence that stones may have been used as tools to break open the bones.

“The distribution of fractured pieces of bone right around the anvils is fairly conclusive evidence,” says team member Steven Holen at the Center for American Paleolithic Research in South Dakota.

James Paces at the United States Geological Survey in Colorado used uranium-thorium isotope dating to age the mastodon fossils, and found them to be 131,000 years old.

“We believe we have a robust and defensible age for early humans being in America more than 100,000 years earlier than people had imagined,” says Paces. No human fossils were found at the mastodon site, making their identity a mystery. However, researchers know that both Neanderthals and Denisovans were present in Siberia 130,000 years ago, during the last Ice Age. Low sea levels meant the Bering Strait land bridge was exposed between the two continents at that time, making it possible for either group to have made the journey.

"This discovery is rewriting our understanding of when humans reached the New World," said Judy Gradwohl, president and CEO of the San Diego Natural History Museum.

As yet, no other evidence has been found to suggest this group of early humans prospered and proliferated in North America. Genetic information connects indigenous populations to later migrations of modern humans from the Asian continent.

The discovery originally was studied by paleontologists, who focused on the mastodon as well as remains of other early mammals of the time period, including dire wolf, horse, camel, mammoth and ground sloth. However, a retired couple of archeologists saw it in a different light.

Steve and Kathe Holen, archeologists who are spending their retirement working with the Hot Springs’ Center for American Paleolithic Research, specialize in human history and prehistory, instead of plant and animal history, which the paleontologists focused on at Cerutti. The Holens were among the first archeologists to study the site, and their background gave them a completely different perspective. They tapped into an international network of experts to analyze the materials found at the site, a painstaking process that involved repeated analysis, verification and debate. “That’s how science is done,” said Steve Holen. Over a period of years, the researchers came up with a picture of early human interaction with prehistoric beasts in North America.

“We often hear statements in the media that a new study changes everything we knew,” says Chris Stringer at the Natural History Museum in London. “If this result stands up to scrutiny, it does indeed change everything we thought we knew about the earliest human occupation of the Americas.”