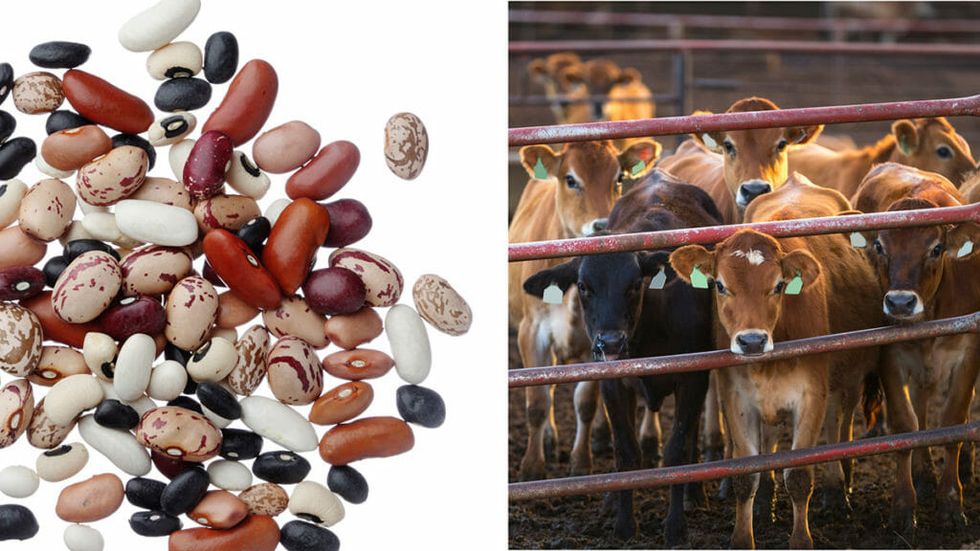 A team of scientists from Oregon State University, Bard College and Loma Linda University have proposed that switching your diet to beans over beef not only benefits your health, but may also thwart climate change.

There has been a growing trend of doctors recommending plant-based diets over meat – be it vegan, vegetarian, pollotarian, pescatarian or even “flexitarian,” which allows the occasional meat item on the menu. New research provides increasing evidence that these diets promote better health, including a recent study that reviewed numerous diet trends, led by cardiologist Andrew Freeman and published in the Journal of the American College of Cardiology.

When speaking with Mother Jones‘ food politics podcast Bite, Freeman said that he recommends a meat-free, non-processed food diet, which means taking in protein from sources other than red meat. This reduces the risk of heart disease and other cardiovascular-related diseases.

Instead of red meat, the Harvard School of Public Health suggests these foods for protein dietary needs:

And the best beans for protein are:

In addition, soybeans contain what are considered complete proteins, which means they have all nine of the essential amino acids that the body needs.

Eat Beans: Save the Cows, Save the World

Notwithstanding President Trump’s single-handed withdrawal from the Paris Climate Agreement in June, the nation was already on course to miss its 2025 target for greenhouse gas emission reduction. But researcher Helen Harwatt and her team of scientists calculated that if everyone in the United States substituted beans for beef, that alone would achieve between nearly 50% to 75% of the GHG emission reduction needed to meet the original 2020 target, as pledged by former President Barack Obama in 2009.

This single substitution from meat to plant life would have the greatest far-reaching, positive impact on the environment than any other change we could make in our daily lives. For perspective, if everyone on Earth stopped eating beef, we would no longer need:

This shift from beef to beans would lead to a drastic drop in GHG emissions, deforestation and land degradation. Nearly half of American cropland would be freed up for other uses, such as new forests, which themselves would further battle climate change.