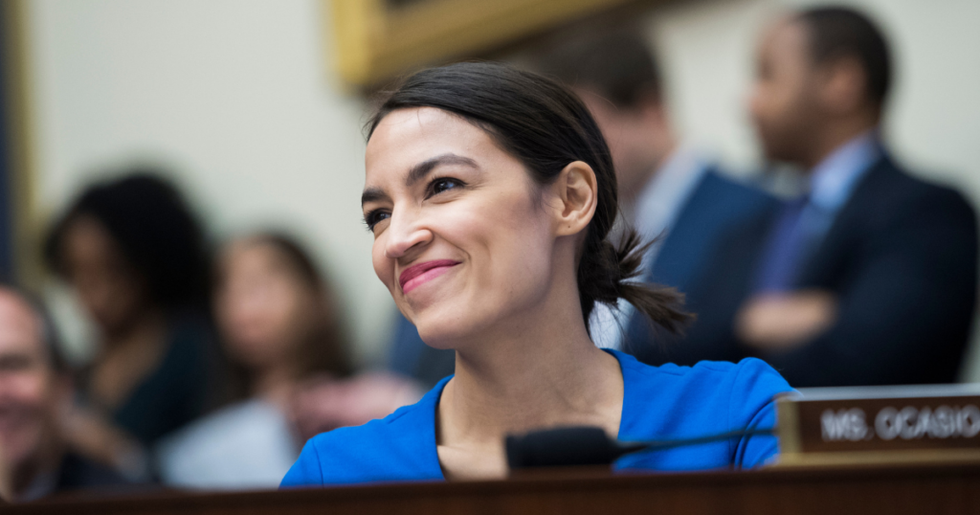 The first suggests the Green New Deal wants to mandate how often people can flush toilets.

The second falsely claims that the original New Deal under FDR promises "free massage chairs" to all Americans and "economic security for all who are unable or unwilling to work." None of these things appear in the bill. You can read the proposal here.

At least AOC has a sense of humor about it.

"When your #GreenNewDeal legislation is so strong that the GOP has to resort to circulating false versions," the New York Democrat tweeted, "but the real one nets 70 House cosponsors on Day 1 and all Dem presidential candidates sign on anyway."

Not realizing what he just stepped in, Dice came back for more.

"It’s a satire of your stupidity!" he said. "It’s not a 'false version!' 😆 Your skull is filled with cow farts!"

That was a big mistake.

Sadly, some people think this is real.